Over time my interests in avant-garde culture have moved from single-author studies (Tristan Tzara, Luis Buñuel, Anne-Marie Miéville, Jean-Luc Godard) to the investigation of wider movements (Dada and surrealism) and comparative research. As a researcher and as an advocate for modern languages, I am interested in exploring relationships with disciplines outside the arts and humanities.

Over 2021-2022 I have been developing a proof-of-concept project on surrealism and neuroscience with Frank Pollick (Psychology and Neuroscience), post-docs and PGRs.

With colleagues and postgraduate students from the Universities of Bucharest, Athens, and Aix-Marseille, over 2022 I joined a CIVIS mobilities project that shares research into (post-)modernist cultural responses to social justice, homelessness, and other contemporary challenges.

In 2018-2019, with colleagues from anthropology, nursing and law, I co-devised a pilot project on the use of humour in social justice outreach in Sierra Leone. Developing out of work on the avant-garde, my angle is the relationship betweeen dark humour, absurdity and violence, as well as the more general role played by language and culture in facilitating policy, meaning and progress in responding to major problems. Supported by the NGO Timap for Justice, the project brought together paralegals and professional local comedians for a public workshop on sexual and gender-based violence, followed by focus groups and interviews with local people.

Following the pilot, over 2020-2021 I was Co-investigator on an AHRC scoping grant (c.£150K) on performing arts and social violence (PI Susan Fitzmaurice) in partnership with Timap for Justice, and Clowns Without Borders (South Africa).

Based on dream worlds, (ir)rationalism, and the paradoxical idea of 'wanting (not) to understand' violence, I am writing comparatively on the relationship between surrealism, Islamism, and white supremacism. I shared some early aspects of this work at the 2022 Modern Languages Association International Symposium held in Glasgow.

These new projects build on a number of publications on the ‘classical’ or ‘historical’ avant-garde, which remains an active area of my research.

With Erica O'Neill, I am co-editor of a special issue of Dada/Surrealism (no.25) on 'Approximate Humanism: Tristan Tzara', due for publication in 2023-2024.

I am preparing an article - '"Décidément contre le futur": The Continued (Ir)relevance of Dada' - for a special issue of Nottingham French Studies (2023) edited by Kathryn Brown and Erica O'Neill.

My book Dada as Text, Thought and Theory (Oxford: Legenda Research Monographs in French Studies, 2015) argued for a significant reappraisal of one of the twentieth-century's most prominent cultural movements. Using close textual analysis to approach topics either ignored or resisted by most traditional criticism, the book presents new work on women Dada poets, psychoanalysis and madness, and the history of ideas, including Buddhism and quantum physics. The book was shortlisted for the 2016 Gapper Prize, awarded by the Society for French Studies.

Over 2014 I worked with Saskia Warren on a feasibility study into a heritage space related to the Birmingham Surrealist group led by Conroy Maddox. The project was funded by the Communities and Culture Network+ and involved workshops and a round table as part of a Birmingham Surrealist Laboratory.

I am also interested in Dada and Surrealism as part of a tradition of experimental or (would be) 'radical' French culture. With my colleague Emma Wagstaff I co-edited a special issue of Nottingham French Studies (2011) on the French avant-garde, in the aim of expanding the periodisation and scope of the avant-garde canon, as well as the methods used to understand individual authors and bodies of work. My other published research in this area considers French avant-garde work from the 1920s and 1930s within a variety of contexts, including European cultural and intellectual responses to armed conflict, combat testimony from soldiers, modern geo-politics and the (so-called) 'so-called 'war on terror'', and the politics and commodification of avant-garde art. I have also drawn on Dada and surrealism in looking at collaborative experimental work produced on film and video by Jean-Luc Godard and Anne-Marie Miéville in the 1970s and 1980s. I provided six French-English translations (c. 40,000 words) to Christina Howells' reader on French Women Philosophers (Routledge, 2003).

My monograph on Tristan Tzara (1896-1963) - Modernist Song: The Poetry of Tristan Tzara (Oxford: Legenda, 2006) - represents the first book-length study of poetry written by the man remembered popularly as 'the Father of Dada', whose life in literature continued for nearly four decades after the totemic Sept manifestes Dada of 1924.

I have corresponded with galleries, cultural organisations and researchers about the various research topics described here, and it is always a pleasure to hear from colleagues or students working in related areas. I am very happy to discuss possible supervision and collaboration, or to respond to questions about any aspect of my work.

•The Birmingham Surrealist Laboratory
£3,069. The Communities and Culture Network+ With Saskia Warren. February-August 2014.

Through co-supervision I have worked with a range of doctoral students on wider topics including Francophone literature in Africa and the Caribbean, and hyperreality in a post-truth era.

Over 2017-2020 I was External Examiner for the MSc by Research in French at the University of Edinburgh.

As a temporary Lecturer at another institution, the first seminars I was asked to give were on medieval French architecture. While this is somewhat outside my normal field, it taught me the importance of preparation and adaptability, as well as the surprising comparative connections that can emerge between areas of study.

Since starting full-time teaching in 2002 I have taught a broad range of topics within French and European cultural history at four other UK universities, and offered specialised teaching on avant-garde cinema. At Masters level I have delivered classes on the European avant-garde, film, and translation theory and practice.

I have retained an active commitment to language tuition through grammar lectures and class teaching, particularly final-year Prose and Translation.

I greatly enjoy teaching, and find that the avant-garde lends itself strongly to the sense of difficulty, analysis, debate, humour and risk that can be vital to learning. While my role as Head of School limits the amount of teaching I can do currently, I have greatly enjoyed contributing to different courses at Glasgow including Year 1 French Culture, Senior Honours French language, Modernities 1880-1945 (Critical Studies MLitt), and lectures on myth and imagination.

In 2017 and 2018 I was privileged to deliver guest classes to MA students at the University of Amsterdam, supported on the second occasion by an award from Erasmus+.

Supported by CIVIS, I greatly enjoyed taking part in the Transitive Modernities summer school run at the University of Stockholm (13-18 June 2022).

I completed my first degree and MA at the University of Warwick (1994-1999) before moving to Wadham College, Oxford to write my doctoral thesis (1999-2002) under the supervision of Professor Malcolm Bowie. After positions at various other institutions, I joined the University of Glasgow as an incoming Head of School in June 2020.

I sit on the Editorial Board for the US-based journal Dada/Surrealism.

Over 2019-2022 I was an External Examiner attached to the School of Modern Languages, Linguistics and Film at Queen Mary University of London. 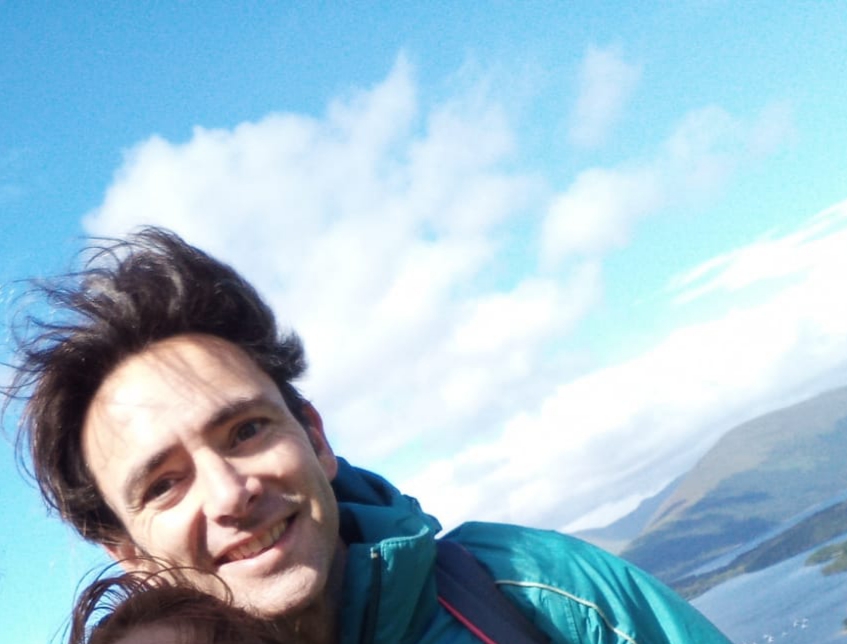