‌Tansy Hammarton received a BA(Hons) in Natural Sciences from the University of Cambridge, UK in 1995, specialising in microbial and parasitic disease and virology. While there, she carried out two summer projects and her final year research project on male-killing bacteria in ladybirds, working in the laboratory of Mike Majerus under the supervision of Greg Hurst. She then went on to complete a PhD in Microbiology in 1998 at the University of Manchester, investigating the export of polysaccharide capsule in E. coli K5, under the supervision of Ian Roberts. Late in 1998, she took up a post-doc position in Jeremy Mottram’s lab at the Wellcome Centre for Molecular Parasitology at the University of Glasgow, researching the cell cycle in the African trypanosome, Trypanosoma brucei. She was then awarded junior fellowships from the Medical Research Council and Research Councils UK in 2005 to allow her to become independent and set up her own lab researching cell division in T. brucei. At the end of these fellowships in 2010, she became a Lecturer at the University of Glasgow, and obtained a New Investigator Research Grant from the MRC. She was promoted to Senior Lecturer in 2012 and her current research interests include the signalling pathways that regulate cytokinesis in T. brucei as well as the roles of trypanosome cytoskeleton proteins in cell division.

Tansy also has a strong interest in Public Engagement, which stems from the outreach work she was required to do as part of her RCUK fellowship.  She has been a STEM Ambassador since 2005 and over the years, has developed a broad programme of infection biology-related activities for school pupils aged 2-18 yrs and their teachers, and has also taken part in a variety of events to bring science to the general public.  She also trains undergraduate and postgraduate students in Science Communication and Public Engagement alongside their academic studies. In 2018, her extensive work in Public Engagement and her significant role in championing it inclusion in the undergraduate curriculum was recognised with the award of the Peter Wildy Prize from the Microbiology Society https://microbiologysociety.org/grants/prize-lectures/peter-wildy-prize-lecture.html.

African trypanosomes (Trypanosoma brucei spp.) are protozoan parasites, spread by the tsetse fly, which cause the Neglected Tropical Diseases, sleeping sickness (humans) and Nagana (livestock) in sub-Saharan Africa.  Sleeping sickness caused by T. b. gambiense has been targeted for elimination by the World Health Organisation and although diagnosed cases are currently <2000/year, the recent discovery of trypanosomes in the skin and fat suggests a large latent reservoir exists. Nagana significantly affects prosperity, causing ~$4.5 billion losses in agricultural production. No vaccines exist and better drugs, with fewer side effects and easier modes of administration, are required for long-term elimination. Trypanosome cell division, especially its final stage (cytokinesis) is very divergent from mammalian cell division (1-3) , suggesting that a better understanding of the protein kinase (PK) signalling pathways regulating it would reveal novel drug targets.  Furthermore, trypanosomes display remarkable cell biology and are useful model organisms for comparative studies with higher eukaryotes; understanding the regulatory networks involved would shed light on the evolution of eukaryotic cell division.‌

We are interested in how T. brucei replicates and divides, since the parasite needs to be actively dividing in the mammalian host to establish infection and evade the immune response. Cell cycle regulation in T. brucei is subject to different regulatory checkpoints compared to mammalian cells (1,2) and while mammalian cells use a contractile actomyosin ring to divide, in T. brucei, a cleavage furrow ingresses unidirectionally along the long axis of the cell (3). Thus, differences in how cell division is controlled at a molecular level could be exploited to develop better drugs. We are investigating the signalling pathways that regulate cell division, with a view to identifying the component enzymes and investigating their roles in cell division, and have previously validated a number of cell division protein kinases as drug targets (4-6).  More recently, we performed an RNA interference screen of the trypanosome kinome, and linked a number of protein kinases to cell cycle roles in bloodstream form T. brucei for the first time (7). Current work in the lab is focussed on confirming the roles of these protein kinases and determining how cytokinesis regulators are linked in signalling pathways.

We are also interested in how the trypanosome microtubule cytoskeleton, which remains assembled throughout the cell cycle, is split during cytokinesis, and the roles cytoskeleton-associated proteins play in cell division.  We identified a family of microtubule severing enzymes that are required sequentially to remodel the cytoskeleton during cytokinesis in the mammalian bloodstream stage of the parasite (8) and have demonstrated the importance of the cytoskeleton-associated protein, AIR9, previously only studied in plants, for maintaining nucleus positioning in procyclic (insect form) parasites and for accurate cleavage furrow placement in bloodstream T. brucei (9).  More recently, we showed that the giant FAZ10 protein, which localises to the intermembrane staples in the flagellar attachment zone, is important for the correct timing and positioning of the cleavage furrow (10). 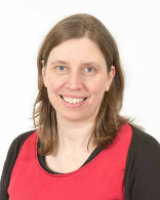