This project brings together scholars from three continents wishing to pursue original, interdisciplinary research focused on the global reach of feminist writing and women’s movements. While the transformation of women’s social status is one of the most significant developments of the post-war period, little is known about the precise ways in which women’s rights campaigners across different national and cultural settings communicated with one another, read and translated each other’s texts, and locally re-contextualised them. Historical findings and new theoretical approaches will be discussed at three international workshops, and
disseminated through academic publications and a series of web resources, including an interactive historical map and databases. 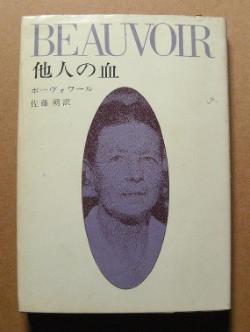 The Network is based at the University of Glasgow, led by Dr Maud Bracke, Dr Penelope Morris and Dr Emily Ryder, and has the following partners:

Members of the Steering Committee:

Across the world, feminist thought– broadly defined, and including any debate on the improvement of women’s social status – has been instrumental in allowing women to articulate their experiences of inequality, as well as imagine and demand political and cultural change. This workshop will be dedicated to a variety of feminist texts, authors and debates, across the world in the second half of the 20th Century. Going beyond specific schools of ‘feminist translation’, we propose an inclusive, case study based approach, which asks fresh questions around the actors, sites and practices of translation. We aim to offer new insights, drawn not primarily from texts usually considered part of the feminist canon, but rather from lesser-known, though significant, authors and groups. In considering actors, we will consider not only trained translators, academics and publishers, but also feminist activists and collectives, NGOs, politicians and writers. In analysing practices, we discuss linguistic strategies as well as dissemination. We will aim to identify sites which facilitated and shaped translation, and establish wider geographic and sociological patterns of transmission. 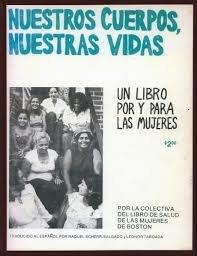 What exactly happens when a politically motivated text is translated, linguistically and culturally? Who were the translators, what were their aims, and for whom did they translate? What kinds of strategies and practices did they employ when adapting a text to locally resonating discourses and politics? How do processes of translation re-shape political programmes and visions of a fairer society? And how do cultural encounters influence self-narration, as central to feminist consciousness and critique?

We propose to re-think translation as a political act and as central to the articulation of political projects. Our case studies ask in what ways the translation process holds transformative and transgressive power, and how the unlocking of ‘other’ worlds creates the possibility of re-inventing the self. Furthermore, we invite authors to critically interrogate the sometimes naïve understandings of cultural globalisation and the transnationally connected post-1945 world, some of which suffer from a teleological bias and point to an inevitability of ever-growing connections, thus failing to investigate tensions and the limits of connectivity.

Possible themes and strands include:

Practical arrangements:
Presenters will have approx. 15 minutes to discuss their paper, and panels will consist of 3-4 papers. The pre-circulation of papers is intended to foster deep engagement with each other’s work. Presenters may be asked to act as discussant for another paper.
The keynote talk remains to be confirmed.

Please include the following in your proposal:

Limited funding to cover travel and accommodation is available for researchers working on temporary contracts, and for academics working outside Europe and North America.

Proposals and any possible questions should be sent to:

Across the world, feminist thought – broadly defined, including any call for the improvement of women’s social status (Offen 1988) – was instrumental in allowing women to articulate experiences of inequality and imagine and demand societal change. Recent research reveals the density of transnational connections between women’s rights groups and the transfers of ideas throughout the 19-20th centuries. Although such connections had older roots, the
post-1945 world, characterised by Cold War interventions, decolonisation and technological change, intensified the global spread of ideas (Bracke & Mark, 2015).
With regard to the circulation and cultural adaptation of texts, much remains under-investigated: What exactly happens when a politically motivated text is translated linguistically and culturally? Who were the translators, what were their aims, and for whom did they translate? Which strategies and practices did they employ when adapting a text to locally resonating discourses? How do processes of translation re-shape visions of a fairer society? And how do cultural encounters influence self-narration, so central to feminist consciousness?

‘Translating Feminism: Transfer, Transgression, Transformation’ is an international, interdisciplinary project aimed at answering these questions through historical case studies and a conceptual re-thinking of the process of politically engaged translation. On an empirical level, the project is aimed at mapping global connections between individuals and groups, uncovering the diffusion of texts (including non-fiction such as political manifestoes; fictional texts; oral traditions), exploring the globally connected but locally situated articulations of social critique, understanding the transformation of meaning across languages, and identifying the historical development of translation practices. The Network contributors (including the Partners as listed, and Conference and Workshop
participants) address the diversity across time and space of the sites, actors and practices of translation. In considering actors, we include not only trained translators and publishers, but also feminist activists and groups, NGOs and writers. In analysing translating practices, we engage in close readings of language and meaning. We identify the sites which facilitated translation, and establish wider geographic and sociological patterns of transmission (or non-transmission).

The Network's research will be centred on three wider conceptual aims:

Workshops 1 and 2 (2016, 2017) are structured around these two sets of questions, addressing the wider conceptual aims introduced above. As the tension between universal notions of gender equality and local emancipatory projects is a recurring issue in feminist debate, the project strongly resonates with contemporary global socio-political issues. Beyond the current stage of the project, we envisage engaging with the translation work of contemporary feminist activists and writers. To this end, we include an intergenerational feminist dialogue at Workshop 3, a Practitioner Workshop (2018).

For further details, please do not hesitate to contact: