The University of Glasgow’s School of Humanities is pleased to announce a three-year PhD studentship.  The studentship is one of two studentships (the other of which will be held at Cardiff University) attached to an Arts and Humanities Research Council funded project on ‘Women negotiating the boundaries of justice: Britain and Ireland, c.1100 – c.1750’.

The award covers Home/EU tuition fees and provides a maintenance award of at least £13,863 per annum, and some research expenses, for three years.

The start date of the studentship is 1 January 2015.

‘Women negotiating the boundaries of justice: Britain and Ireland, c.1100 – c.1750’ is a four-year project designed to explore women’s relative access to justice in a wide range of different courts, from a comparative perspective. The project is led by the Principal Investigator, Dr Deborah Youngs at the University of Swansea, assisted by two Co-Investigators, Dr Alexandra Shepard (University of Glasgow) and Dr Garthine Walker (Cardiff University) and two Research Associates.

Answers to these questions will be sought by analysing evidence from England, Ireland, Wales and Scotland between 1100 and 1750. 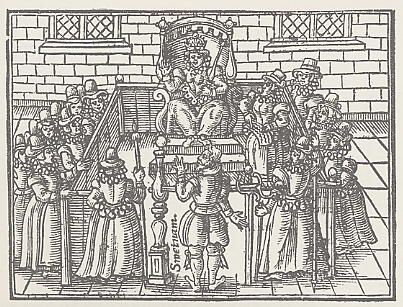 The comparison across borders and time, including Jewish, Irish, Welsh and Scottish women operating in courts where their first language was not spoken, and participating in processes imposed by a dominant or colonial power, comprises a new approach to the subject. The project brings together a team of experienced researchers whose combined expertise can deliver a genuinely comparative study of women's participation in the legal process across the multiple jurisdictions in medieval and early modern England, Wales, Scotland and Ireland.‌

The project’s main objectives are:

The dissertation will focus on the agency of married women before the law in Scotland between 1600 and 1750. The research will be structured around a comparison of married women in the Highlands and in Lowland Scotland, with reference to burgh court and sheriff court records housed in Aberdeen, Inverness and Edinburgh; to the Court of Session records and the Register of the Privy Seal (housed in Edinburgh); to the Justiciary Records of Argyll and the Argyll transcripts; and to relevant family and estate papers. The research is designed to establish any differences between wives' legal agency in very different parts of Scotland, and then place this comparison in a broader historiographical framework relating to women and marital property law in Britain. The practices and outcomes of litigation will be compared with the principles and ideals in legal publications and statute law that began to circulate in print during this period. The research will investigate the extent and character of settlements designed to protect women's property within marriage as well as the activities of married women both as litigants and interested parties in property disputes and debt cases. Wills and testaments will also be consulted to explore the nature and extent of bequests made by married women. Cases involving single and widowed women will also be sampled, in order to establish the impact of marital status on women's legal access to and defence of property rights in comparison to 'never married' and 'ever married' women. Close attention will also be paid to the influence of differences in wealth, social status and kinship ties on married women's access to justice and legal resources. The analysis will be qualitative as well as quantitative, exploring the rhetorical strategies whereby women negotiated legal disadvantage in pursuing their interests. The dissertation research will also be sensitive to the differences in language and approach associated with Gaelic- and English-speaking regions and their jurisdictions.

This studentship will be of interest to students with a background in early modern history with interests in gender history and social and cultural history.  Applicants should hold a Masters degree with Merit or Distinction and an undergraduate degree with first-class or upper second-class honours in a relevant field. The studentship is governed by the terms and conditions of AHRC postgraduate studentships.  Applicants must therefore have a relevant connection with the United Kingdom, usually through residence.  For full details of eligibility, please see the AHRC’s Guide to Student Funding.

Applications should include the following materials:

Please email application materials to humanities-scholarships@glasgow.ac.uk with the subject line ‘Women and justice application’ by 31 October 2014.

Applicants may wish to apply for both this studentship and the associated studentship at Cardiff University, in which case they should submit an separate application to Cardiff to be considered for the Cardiff studentship.

For further details about relevant research communities at the University of Glasgow: