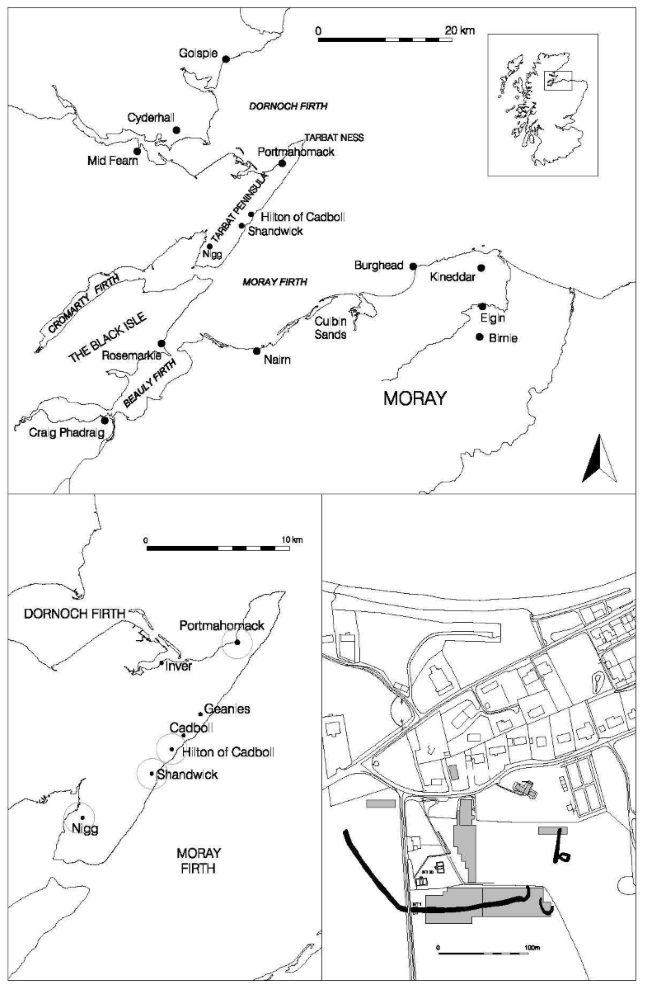 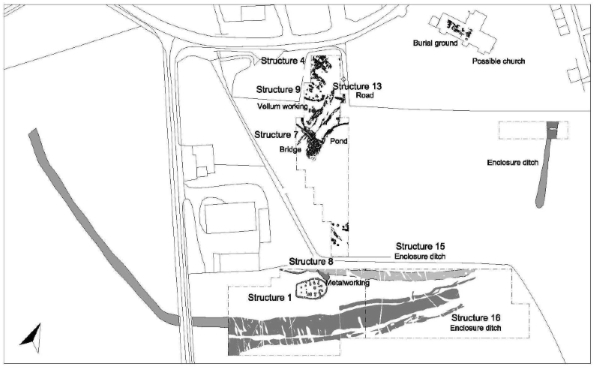 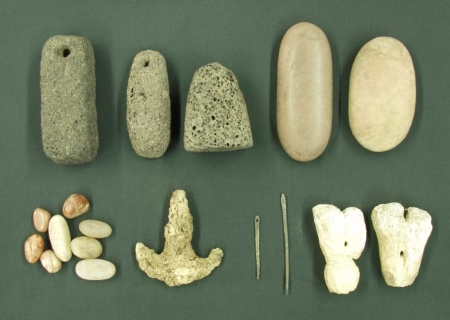 The Tarbat Discovery Programme was focused on the site surrounding St Colman’s Church, Portmahomack (Figure 1). During 13 seasons of excavation, the remains of settlements belonging to four periods dating to the 6th to 16th centuries (Periods 1 to 4) were excavated. Period 2 saw a Pictish monastery flourish during the 8th century at the former site of a late Iron Age (Period 1 - 6th to 7th century) estate centre (Figure 2). The monastery was comprised of a stone church and cemetery marked with four Pictish crosses, and monastic workshops producing church plate and vellum for books (Figure 3) supported by a cattle-based economy. 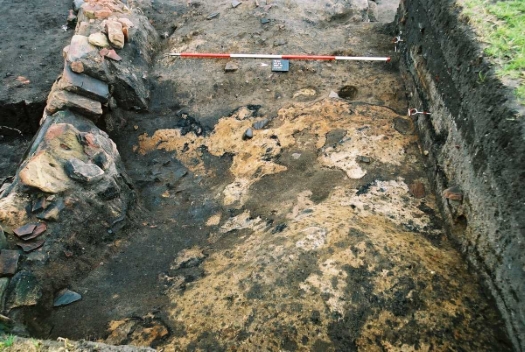 In the early 9th century, the monastic workshops were destroyed by fire (Figure 4), and its sculpture and monastic population decimated; this event is equated with a hitherto unrecorded Viking raid, modelled through radio-carbon dating and stratigraphy to have taken place c.820-30. Afterwards, the settlement continued in Period 3 (Figure 5) in a markedly different mode, including arable production and silver trading before it was eventually abandoned, probably by the late 10th century.  Place-name evidence suggests that the Tarbat peninsula became settled with Norse incomers, as attested by names such as Bindal, Cadboll, Arboll, Tarrel and Balnabruach, and accompanied by scattered historical references to a Norse presence and the burial within the old Pictish burial ground of a hoard of ring silver and coins c.1000. 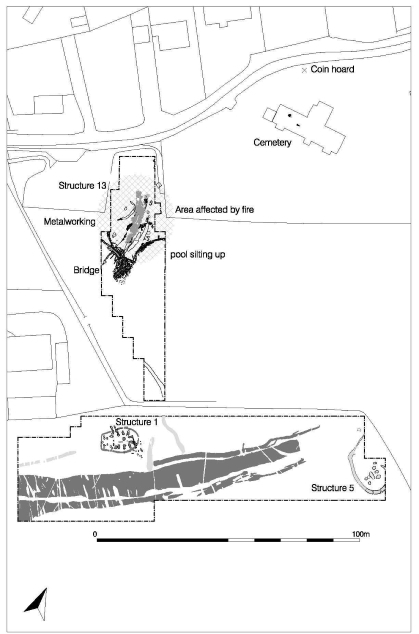