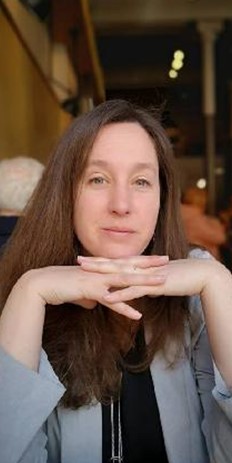 Originally from a coastal town in Connecticut, US, I love being outdoors & near the water, whether it is a lake, stream or the ocean! I did my undergraduate work in geology and biology at Union College in upstate NY studying pollen records from lakes. I continued with this work in the desert southwest at Northern Arizona University, before becoming interested in biomarkers during my PhD in the Geosciences Department at Brown University, Rhode Island. My research focuses on using the molecular fossils that are left behind by microorganisms to unravel past environmental, ecosystem and climate changes. I am equally interested in developing new proxies and applying existing proxies to paleoclimate problems.

I use organic geochemistry as a tool to understand how the Earth system responds to climate change. Molecular fossils, or biomarkers, are ubiquitous in sedimentary deposits and can often be applied in both marine and terrestrial environments, making them useful proxies for reconstructing environmental change. As an organic geochemist I collaborate with researchers in several different fields to generate multiproxy climate records. I also work with bio scientists to understand how/why organisms produce biomarkers and how those biomarkers relate to modern environmental parameters. In addition to applications to paleoclimate problems, my research extends into areas of astrobiology, archaeology with organic residue analysis and algal biofuels.

I am also involved in interested in how we move forward as a society towards a sustainable future. I am excited to co-Direct the Centre for Sustainable Solutions (launch in January 2020) with Dr Mia Perry (School of Education). I’m interested in breaking down barriers between disciplines, as well as, between universities and external partners to move toward a green, just and equitable future.