M.A. Glasgow, M.Litt. Glasgow, Thesis 'A Notional and Historical Classification of Two Parts of English Lexis' 1969, a detailed study within a framework of modern linguistics of a concrete and an abstract semantic field, 'The Body and its Parts' and 'Painful Emotions'.
Irene Wotherspoon was involved with the Historical Thesaurus of English since 1969, and has taught Old English and tutorials in the Department of English Language.

Since 1988, in addition to editing the HTE material, she was responsible for training and supervision of HTE research assistants and for the development of the electronic database.
The Historical Thesaurus of English was published as The Historical Thesaurus of the Oxford English Dictionary in 2009. It was very well received, and won the Saltire Society Research Book of the Year Award in 2009. Royalties from sales were used to fund postgraduate scholarships in English Language at Glasgow University.
Her present research interests are semantic change, polysemy/homonomy, folk etymology, and place names.

From 2006 until 2009 she worked as a cataloguer in Scots on Tobar an Dualchais, a project to digitise and make publicly available the recordings held by the School of Scottish Studies, University of Edinburgh, BBC Scotland and other historic twentieth century recordings in Scots and Gaelic.

She is presently engaged in contributing to a gazetteer for a new translation and edition of the Dewar MSS in preparation by Ronnie Black and Chris Dracup.

Responsibility for classification, editing and the development of the database of the Historical Thesaurus of English 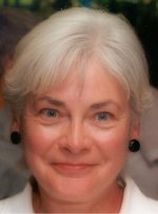