I was post-doctoral Research Associate on the AHRC-funded projects Mapping Metaphor with the Historical Thesaurus and Metaphor in the Curriculum at the University of Glasgow. Mapping Metaphor examined the development of metaphor in the history of English using the Historical Thesaurus of English data as evidence and resulted in the production of an online ‘metaphor map’ of the entire English language and a 'map' of metaphor in the Anglo-Saxon period, as well as more traditional research outputs. The follow-on project, Metaphor in the Curriculum, used this research and worked closely with schools to produce metaphor resources for secondary pupils, including a website and app.

I have published (and am in the process of publishing) in the areas of metaphor, semantics and lexicography, digital humanities, personal names, socio-onomastics and anthropology, and colour terms. I gained my PhD in 2012 in the English Language department at the University of Glasgow, where I was jointly supervised in Onomastics and Sociolinguistics by Professor Carole Hough and Dr Jane Stuart-Smith. My thesis examined personal naming practices in five communities within Scotland with differing social profiles, including both immigrant and indigenous communities.

Previously, I was a Research Assistant on the JISC-funded Scots Words and Place-names project, which investigated Scots language use and examined the use of social media in linguistic research. I also worked on the Historical Thesaurus of English from 2005 until its publication in 2009 as the Historical Thesaurus of the Oxford English Dictionary. My work there included categorising a section of the thesaurus. 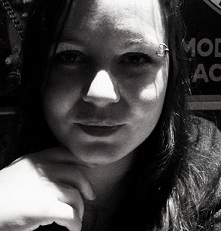