Dorothy McMillan is a Senior Lecturer in English Literature and former Head of School of English and Scottish Language and Literature. She currently works mainly in the field of Scottish women's writing. She is interested in women writing in history, not necessarily separately from men, and doesn't believe that the last words have been said in this area. With Douglas Gifford she has edited the substantial and innovative A History of Scottish Women's Writing (EUP, 1997) which includes four chapters by her on travel and memoir writing of the eighteenth and nineteenth centuries and early twentieth century and contemporary poetry. Her anthology The Scotswoman at Home and Abroad: Non-fiction writing 1700-1900 (ASLS, 1999) includes some previously unpublished material by Joanna Baillie. Contributions to books on Scottish subjects include chapters on contemporary novels, in I. Bell, ed., Peripheral Visions (U of Wales P, 1995); Joanna Baillie in R. Cronin, ed. 1798: The Year of the Lyrical Ballads (Macmillan, 1998) and T. Crochunis, ed. Joanna Baillie (2004); Catherine Carswell in Carol Anderson, ed. Catherine Carswell (2001). She has also published various chapters and articles on other English and Scottish writers including Elizabeth Barrett Browning, Anne Radcliffe, Liz Lochhead, Kathleen Jamie, Alasdair Gray, James Kelman, etc. She is the editor of George Douglas Brown, The House with the Green Shutters (Penguin, 1985). Queen of Science (Canongate, 2001), an edition of Mary Somerville's Personal Recollections which contains previously unpublished material, and an anthology, Modern Scottish Women Poets (Canongate, 2003) were both well received.

She is past President of the Association for Scottish Literary Studies and  continues to be concerned with things Scottish but recent work has included an edition of Austen’s Emma, co-edited with Richard Cronin for Cambridge University Press (2005).

She has supervised doctoral theses on diverse subjects including the Victorian poet, Augusta Webster; the representation of women in interiors in 19th century fiction and visual art; anglophone African writing; the representation of single-women in 19th century fiction; self-construction in Willa Muir, Margaret Laurence and Janet Frame; travel writing in Africa; and versions of the Gothic.

Recent invited lectures include a lunchtime lecture in the Scottish National Portrait Gallery on Lady Margaret Sackville by Henry Lintott and the McNeillie lecture at the Wigtown Book Festival, 2006, on The House with the Green Shutters.

She is currently developing her existing work on Mary Somerville with a view to a biography. 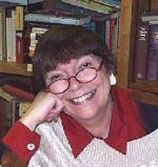