The Songs of James Hogg

The Songs of James Hogg 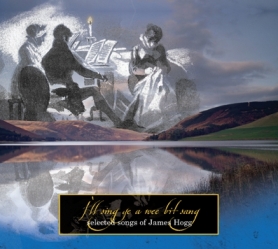 The work is currently being completed for publication.  Dr McCue is finalising new editions of James Hogg’s final volume of songs, Songs by the Ettrick Shepherd (1831), and Hogg's Contributions to Musical Collections and his miscellaneous songs for the acclaimed Stirling/South Carolina Research Edition of The Collected Works of James Hogg. The AHRC 'Hogg Songs Project' has enabled key research into both the literary and musical contexts of the songs, and the final volumes will present the songs in a new way for most literary editions, also encouraging performance of the songs themselves.

A number of these songs and musical performances of them are now available on a website, also funded by the AHRC as part of a separate dissemination award and this can be found at: http://www.jameshogg.stir.ac.uk and on the CD 'I'll sing ye a wee bit sang': Selected Songs of James Hogg, released in the summer of 2007.  And a number of additional published outputs have been created as a result of the funded research (see: Dr Kirsteen McCue's publications at: http://www.gla.ac.uk/schools/critical/staff/kirsteenmccue/)