This week, Elle Lindsay puts Professor Neil Metcalfe under the Spotlight. Professor Metcalfe has a wealth of experience in behavioural ecology, physiological ecology and life-history strategies. Alongside an impressive research portfolio, Professor Metcalfe is a popular teacher, mentor and boasts a large collection of prizes and distinctions (most recently having been awarded the Beverton medal by the Fisheries Society of the British Isles). Now a prominent member of the institute, here Neil gives us a little more insight into how such a successful career came to be!
STOP PRESS: Prof Metcalfe has just been named as one of TEN UNIVERSITY OF GLASGOW RESEARCHERS who have been recognised as highly cited, as indicated by the number of papers they have published in the world’s top 1% in their academic field, according to Clarivate Analytics Global Highly Cited Researcher List 2018.

Can you tell us about your background?
Mine was a very unscientific one - my parents were both French teachers and when combined with my two brothers, they passed a grand total of one science school exam between the four of them. But we were all keen birdwatchers, and I think that led on to me wanting to study Zoology.

Why did you decide to come to IBAHCM?
I came here in 1981 to do my PhD, because the project on offer (on shorebirds) really interested me and the department had a good reputation for ecology.

What is your main role within the institute at the moment?
I guess it is to do research and teach to the best of my ability, while also mentoring those at an earlier career stage. Oh, and putting together the band for the Institute Christmas party!

What part of your current work have you enjoyed the most?
I enjoy crafting grant proposals – coming up with an idea, then researching it to see if it is both novel and plausible, before devising a robust set of experiments that will test it. This is the most intellectually challenging bit of the job, which is really enjoyable when it goes well but very frustrating when those ideas don’t come or turn out to be rubbish upon closer inspection.

Have you come up against any unforeseen challenges?
This happens all the time in research. Virtually nothing works out the way you said it would in the grant proposal! 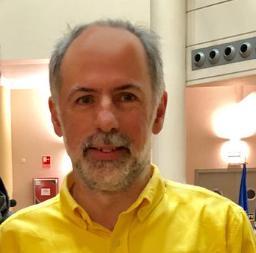 What is your key research interest?
Like most scientists I’m not just interested in one thing; at present some of the main projects revolve around why mitochondria vary so much in efficiency, whether maternal effects are adaptive, and whether restoring nutrients to salmon rivers will help conserve salmon without causing problems in other parts of the ecosystem. The difficulty is trying to keep all these diverse threads together.

Are you where you thought you would be 5 years ago?
I don’t really plan ahead in that way, but I’m surprised to still have a good level of research funding. I am always fearing it will dry up.

What are the most important lessons you have learnt from your previous work?
Keep your options open, don’t get pigeonholed in one activity, and get used to the constant feeling of failure that is part of the job – a high proportion of submitted manuscripts and grant applications will inevitably be rejected, so you can’t afford to let that get you down. Also, don’t feel that you have to work ridiculously long hours to succeed; there are times when long hours might be unavoidable (such as when a deadline is looming or you are in the middle of a field season or experiment), but that should not become the norm. It’s important to know that some things can wait (or just not get done), and that you should switch off the computer and go and enjoy yourself.

If you could tell your PhD-self one thing, what would it be?
That I was making the right choice in following my heart rather than my head. At the end of my PhD I had a tempting postdoc job opportunity elsewhere – one that would have looked great on my CV – but I had fallen in love and my girlfriend had a permanent job in Glasgow. The relationship was in its early stages and I knew there was a strong possibility that we wouldn’t keep it going if I moved, so I chose to stay. We’ve now been together for 36 years and it’s been the best thing in my life. And staying here turned out to be great for my career too.

Can you tell us about your plans for the future?
I have a couple of new projects starting this autumn – one on mitochondrial efficiency and one on nutrient restoration in salmon streams. Also, a new Marie Curie postdoc is joining us to work on amphibian ageing (a subject matter on which I know very little but hope to learn about, ideally before he arrives!).

Don’t miss Neil’s talk entitled ‘Is adding nutrients to upland streams to boost salmon productivity a good or bad idea?’ on 31/05/19 at 16:00!