Institute members Annette MacLeod and Paul Capewell discuss their new research that sheds light on how sleeping sickness has avoided elimination and could help finally beat the deadly disease.

African sleeping sickness is a deadly disease spread by the bite of the tsetse fly, which only lives in sub-Saharan Africa.

Also known as African trypanosomiasis, the infection begins in a person’s blood and then jumps to the nervous system where it causes several neurological symptoms, including disruption of sleep as its name suggests. Without treatment, people who contract African sleeping sickness can fall into a coma and die.

Pockets of people suffering from the disease are found across the continent and more than 65 million people live in areas that put them at risk of contracting it. Those who live in rural areas and depend on agriculture, fishing, animal husbandry or hunting for survival are more likely to be exposed to the tsetse fly and the disease.

Although the disease has been close to elimination several times in the last century, it stubbornly refuses to disappear. In many instances people are found to be infected with the disease even after an area has been declared safe. Intensive control efforts led by African governments and the World Health Organisation have meant that African sleeping sickness is once again close to elimination.

But a new finding may shed light on how sleeping sickness has avoided elimination and could help finally beat the deadly disease.

Our research reveals that the parasite can actually invade and live undetected in people’s skin. In some cases there can be so few parasites in the person’s blood that current screening methods cannot identify the patients as being infected.

This may finally explain how African sleeping sickness has been able to persist and avoid elimination, even in areas where infected people cannot be found using traditional blood or spinal fluid screening methods. 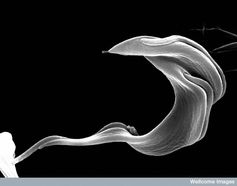 There are two forms of African sleeping sickness and both can infect humans and animals. Infected animals were believed to be an important reservoir for the disease and researchers were convinced that this was how it continued to survive.

The challenge was that in many countries where the disease re-emerged no animal reservoir was found. Thus, how sleeping sickness continued to return has been a mystery.

For more than a century it was believed that the microscopic trypanosome parasite which spreads the disease lived only in the blood and nervous systems of infected people. And diagnostic tests to identify the disease therefore focused on the presence of parasites in the blood or in spinal fluid.

But there had to be another hidden reservoir for the disease. Unlike mosquitoes that feed directly on blood vessels, tsetse flies feed by tearing the skin and creating a pool of blood and skin fluids. This led to our idea that the skin may harbour infective parasites.

Our research shows there are parasites in the skin of infected people and that these previously overlooked skin parasites can be transmitted with a second tsetse fly bite. The undetected parasite therefore acts as the hidden reservoir of disease.

To eradicate African sleeping sickness, it is vital that people with parasites in the skin are identified and treated. But current screening and treatment programmes are not designed to identify a skin-borne disease. 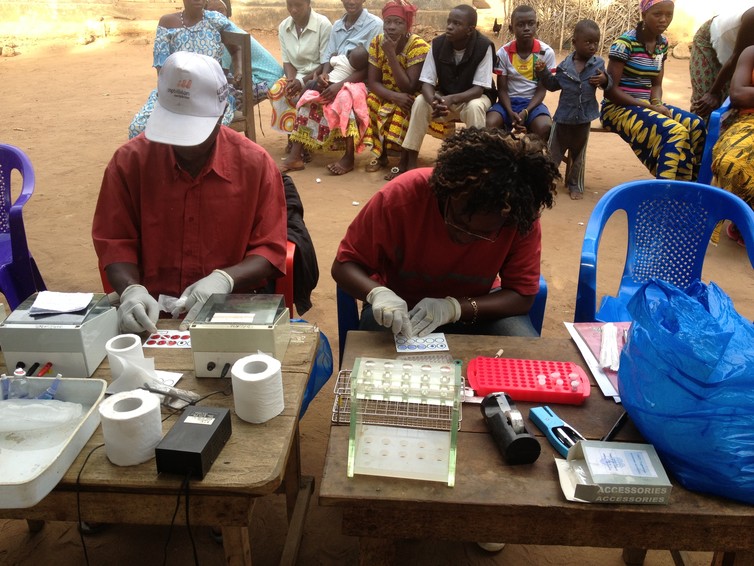 There are two expansions to the current sleeping sickness control efforts that need to be considered as a result of this new research.

Firstly, a strategy to identify patients with hidden skin parasites must be developed. One option used to combat river blindness across Africa is the use of skin biopsy screens. Like African sleeping sickness, river blindness is caused by a skin dwelling parasite. Identifying infected people using mass screening was central to controlling that disease.

But these procedures are expensive, painful and carry a risk of infection. There is a need to develop non-invasive technologies for the detection of skin-dwelling parasites that are quicker, cheaper and pain-free.

Secondly, the current drugs used for the treatment of African sleeping sickness are toxic. Resistance to these drugs is a growing problem.

When developing new drugs to combat the disease, effectiveness against skin dwelling parasites is a key factor that would need to be built in into their design.

If the current control efforts continue and people with hidden skin parasites are successfully identified and treated, the battle against African sleeping sickness may finally be won.

By removing this significant disease burden from the African continent, the social and economic outlook for the region and its people will be brighter and the elimination of African sleeping sickness may finally become a reality.

This article was originally published on The Conversation. Read the original article.

The text in this work is licensed under Attribution-NoDerivatives 4.0 International.