Scottish Centre for Ecology and the Natural Environment (SCENE) 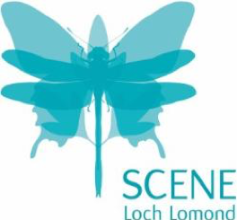 A study system for biting vectors 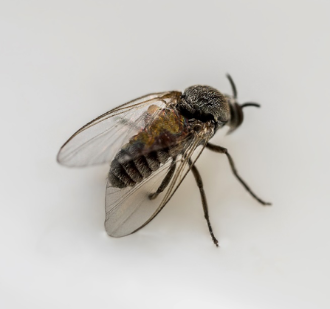 Diseases spread by arthropod vectors are present all over the world, posing risks to humans, domestic animals and wildlife globally. Much research is focused on tropical regions where the burden of vector-borne disease (VBDs) on human health is significant. However, VBDs are also widely distributed through temperate regions like the UK and can have important impacts on human, animal and ecosystem health. A notable example is avian malaria, a disease of birds that is caused by a range of parasites transmitted by biting midges, blackflies and mosquitoes. Avian malaria is extremely widespread throughout temperate zones including Scotland, where it is estimated that infection rates exceed 50% in populations of certain bird species.

The effects of avian malaria infection can vary considerably in severity, ranging from subclinical symptoms to serious morbidity and even death. Avian malaria poses a threat to bird conservation in some parts of the world, particularly in captive and island bird populations that have not had long-term exposure to the parasites. The transmission of avian malaria is closely related to environmental conditions and is likely to be significantly affected by climate change. 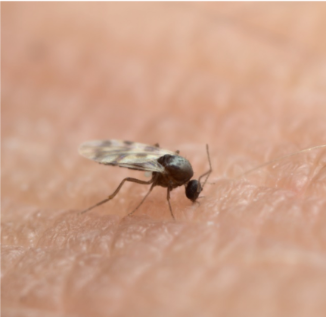 Since 2014, we have been studying the ecology of avian malaria transmission in the woodlands surrounding the Scottish Centre for Ecology and the Natural Environment (SCENE) field station on Loch Lomond. Several potential vectors including biting midges (Culicoides spp.), blackflies (Simulium spp.) and mosquitoes (Culex spp., Anopheles spp.) are prevalent in the area and are responsible for the transmission of avian malaria parasites to local bird species.

Through long-term studies of the ecology of vector and bird populations and their infection rates, our work seeks to identify the role of the environment in driving transmission. Studying the ecology of these insects can help us better understand their roles as vectors, providing important insights into avian malaria ecology and transmission dynamics. This will help us assess the consequences of rising temperatures and other changes associated with climate change on the health of wildlife in Scotland and other temperate regions.

We sample and identify vector species every year during the spring and summer months using a variety of trapping techniques. We also screen insects for avian malaria parasites to estimate the infection prevalence within the population. This work enables us to monitor vector populations over time and identify ecological drivers of avian malaria prevalence.

PhD student Georgia Kirby is currently researching how variation in environmental conditions within and between years impacts the abundance, diversity and infection rates within potential vector species. Findings indicate that vector abundance and avian malaria prevalence increase with temperature and rainfall, highlighting the significance of microclimatic variables in avian malaria ecology and the potential consequences of changes in climate for disease transmission. You can find out more about Georgia’s work on midges in Scotland in her recent interview on the One Show: 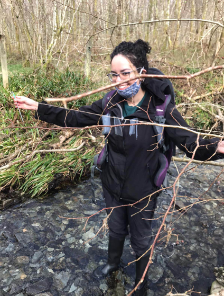 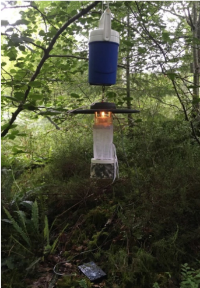 Current research focuses primarily on blackflies, which transmit the avian parasite Leucocytozoon. We are particularly interested in this system because some blackflies harbour Wolbachia, a type of endosymbiotic bacteria which can affect pathogen transmission in other vector species. See a recent paper from our group here https://www.nature.com/articles/s41598-018-22550-z

What is the diversity and prevalence of parasites within Scottish blackfly populations?

Are there differences between rural and urban populations of Scottish blackflies and does this impact their capacity to transmit disease in their respective habitats?

Is there an interaction between Wolbachia and Leucocytozoon in blackflies that could affect avian malaria transmission?

What is the impact of predicted changes in climate on the disease transmission capacity of Scottish blackflies and other vector species?

What effects do avian malaria infections have on bird survival and reproduction?

Scottish Centre for Ecology and the Natural Environment (SCENE)