In September 2007 the Centre for Battlefield Archaeology descended on Fort William to begin a two week long project situated at the very heart of this bustling Highland town. The project focused on three main areas, the Parade in the town centre, the remaining walls of the fort, and the Battle of Inverlochy, 1645. 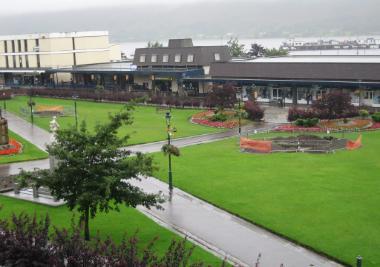 The Fort William and Inverlochy Project was a Highland Council and Heritage Lottery Fund sponsored project with the aim of discovering more about the origins of the town and how its character and history has been shaped by the military presence of the fort. The town was at the centre of military activity in the Highlands from the mid 17th century as a garrison for British troops. It is a place which has also experienced at first hand the Jacobite rebellions, when the fort was besieged by the Jacobites in 1746 and the small civilian settlement of Maryburgh destroyed. The over arching aim of the project was therefore to highlight Fort William’s central role in this important, but largely forgotten, episode of Scotland’s history and to explore the complex relationship between the military and civilian communities who lived and worked so closely together.

Much of the fort was destroyed with the advent of the railways in the 19th and 20th centuries. Unfortunately only traces of the structure survive, with much of the area used as a railway yard and subsequently a supermarket car park. Although the barracks themselves had long been demolished some evidence of the daily lives of the soldiers in the garrison did exist in the form of rubbish thrown over the wall which was uncovered through excavation and beach combing when the tide was out. 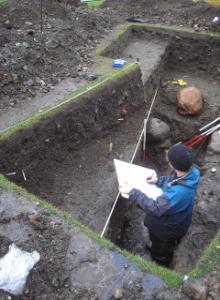 Excavations on the Parade near the centre of the town produced by far the best results providing a glimpse into the lives of the people of Maryburgh, the civilian settlement preceding Fort William which grew up beside the walls of the fort. A programme of geophysics was carried out in the weeks previous to the excavations and a number of anomalies were identified. Along with some detailed historical research and map analysis three trenches were located in areas of the Parade with archaeological potential. A stream, which appeared on many of the maps of the fort and town, was discovered in the largest of the three trenches which held within its black damp soil a number of significant finds including 16th and 17th century pottery, bottles, buckles and preserved leather remains. Burnt remains were also uncovered in two trenches, including lumps of charcoal and burnt daub from the mud and turf walls of the settlement and glass bottles distorted by high temperatures, evidence of Maryburgh’s destruction during the siege.

A brief evaluation of the battlefield was also carried out with a team of volunteer metal detectorists. As with the fort a large proportion of the battlefield has been developed, however the survey did produce a small quantity of artefacts potentially relating to the battle, including a couple of musket balls. This is certainly an aspect of the project which would benefit from another season of work. 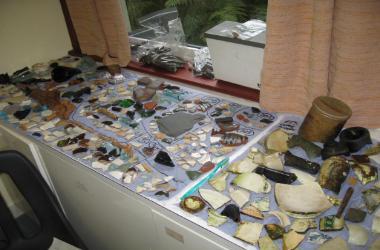 The resounding success was the level of community involvement and interest generated by this project. We had a team of 10 volunteer diggers working in the Parade and at the Fort, two of whom have been inspired to establish a local archaeological society, and five metal detectorists working on the battlefield. We also had a strong link with local primary and secondary schools provided by our very own education liaison officer Natasha Ferguson in conjunction with Highland Council. This involved an education programme including tours of the excavation and workshops designed to engage children with their local history and archaeology. In October the director of the project, Dr Tony Pollard, presented the results at the Mod and at Highland Archaeology Fortnight.
For further details on this project and other projects run by the centre see Dr Tony Pollard’s regular feature From the Trenches in Skirmish Magazine, on the Media page. 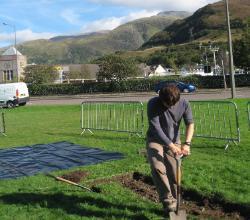 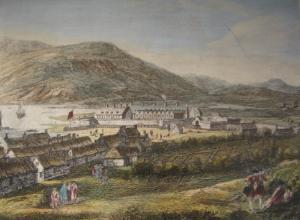