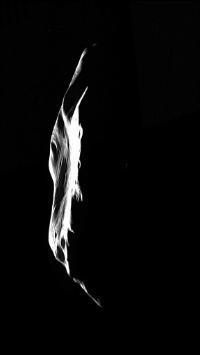 In the last 50 years astronomers have discovered a vast number of small asteroids orbiting the Sun. A tiny fraction of these objects follow trajectories which bring them near to the Earth.

These Near Earth Objects, which travel at very high speeds relative to Earth, range in size from pebbles to kilometre-sized objects. Such objects have collided with our planet since its formation and have contributed to shaping life on Earth. Near Earth Objects represent a huge risk to human kind, but no near-term means to mitigate the consequences of such impacts currently exists.

This threat raises major issues: among them the inadequacy of our current knowledge of the orbits of such bodies, confirmation of hazard after initial observation, disaster management and communication with the public.

For the first time in the history there are possibilities for mitigating or removing the risks of Near Earth Objects impacting the Earth. This depends on first improving our ability to detect such objects well in advance and to accurately measure their orbital parameters and physical properties.

There is however very little work being carried out both at national and international levels on the techniques and technologies necessary to investigate mitigation and threat removal possibilities.

The only realistic course of action to avoid the devastating consequences of a large object impacting the Earth is to avert the predicted collision. A number of possible mechanisms have been proposed for deflecting or breaking up potentially hazardous Near Earth Objects; some require the use of a spacecraft with some means of transferring energy and momentum to the object while other methods would be to fly, for months or even years, a large spacecraft alongside the object, nudging it slightly off its collision course.

We are also investigating the use of lasers to create mass ejecta and a change in the asteroid's trajectory.

Near Earth Objects interception and hazard mitigation has been recognised as a key issue for the safety of life on Earth. This research will respond to this requirement and, by exploring new ideas and concepts, and develop methodologies which will allow the interception and deviation of potentially hazardous NEOs by future spacecraft.