Debating the Politics of Temporary Migrant Labour: a transnational exchange 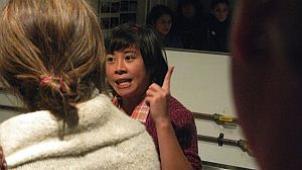 Developed in a four-year partnership between geographers, migrant advocacy organisations and professional theatre artists, this proposed research seeks to generate substantive, transnational debate on the policies of temporary migrant labour and the politics of domestic caregiving in the United Kingdom, Canada and Philippines.  Our work responds directly to the way the old paradigm of permanent immigrant settlement is giving way to temporary or circular migration, and we engage issues related directly to Canada's Live-In Caregiver Program and the current restructuring of immigration policy in the United Kingdom.  We suggest the scope of our activities is necessary because labour migration from the global south to global north is a transnational issue, and as such, we must reconfigure the scale at which discussions of justice, rights, care and need take place.

This project represents an unusual and creative instance of exchange that disseminates conventional social science in a novel way.  We are taking a testimonial theatre production (entitled Nanay) to Manila to bring the experiences of Filipino caregivers into conversation with debates happening within the Philippines.  Nanay transforms traditional qualitative research transcripts into testimonial theatre; our script is based entirely on verbatim monologues taken from interviews conducted over a fifteen year period with Filipino domestic workers, their children, employers, and nanny agents.  As social scientists, we turned to testimonial theatre because its embodied quality offers space in which to encourage audiences to think about the world differently, to temporarily suspend judgment, and to extend the terrain of political discussion on temporary migrant labour and the ethics of care in productive ways. 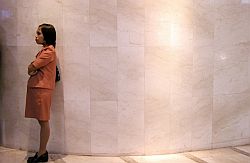 Nanay premiered at Vancouver’s 2009 PuSh International Performing Arts Festival; it then toured to Berlin’s HAU1 Theatre as part of an international conference exploring the economization of intimacy and the family.  Materials from Nanay have been recently curated into an exhibition at the University of Glasgow, and we conducted a script reading with professional actors at the 2012 annual conference of the Royal Geographical Society in Edinburgh.

In November, we carried out a series of performances and public forums in Manila. These brought together the families of migrant workers in Canada, NGOs, activists, and the general public.

An application has been made for an extension to use remaining funds to support two further collaborations:

2. One of our Filipino Canadian actors - Hazel Venzon - is organising a script reading in the Yukon, Canada, to generate discussion on the (understudied) migration of Filipino workers to and the politics of multiculturalism in the Canadian North.

Our Manila production and these new sites are providing the materials for a book-- The Labour of Play: Theatre, Politics and Transnational Justice - the prospectus of which is currently under review with the Routledge Research in Place, Space and Politics Series.

The project thus offers one instance where social science has been translated in order to devise affective ways of putting research into greater public debate.  Following our activities in the Philippines, we will conduct a series of public forums in the cities of Glasgow, London, Toronto, Vancouver and Montreal.  These forums will be designed to bring together policy makers, migrant advocacy groups, and researchers in order for us to report on the debates that took place in the Philippines, and to facilitate dialogue on immigration policy and the precarity of migrant workers in the United Kingdom and Canada.  In the Philippines, we will be working with members of the Ateno de Manila University; in Canada, we will continue our long-standing partnership with the Philippine Women Centre of British Columbia; and in the United Kingdom, these activities will be orchestrated in collaboration with the Glasgow Refugee, Asylum and Migration Network.  Our collaboration with advocacy groups is motivated by the desire to create new ways to affect change and to produce opportunities in which we can model (and not just profess) a more egalitarian space for political debate.