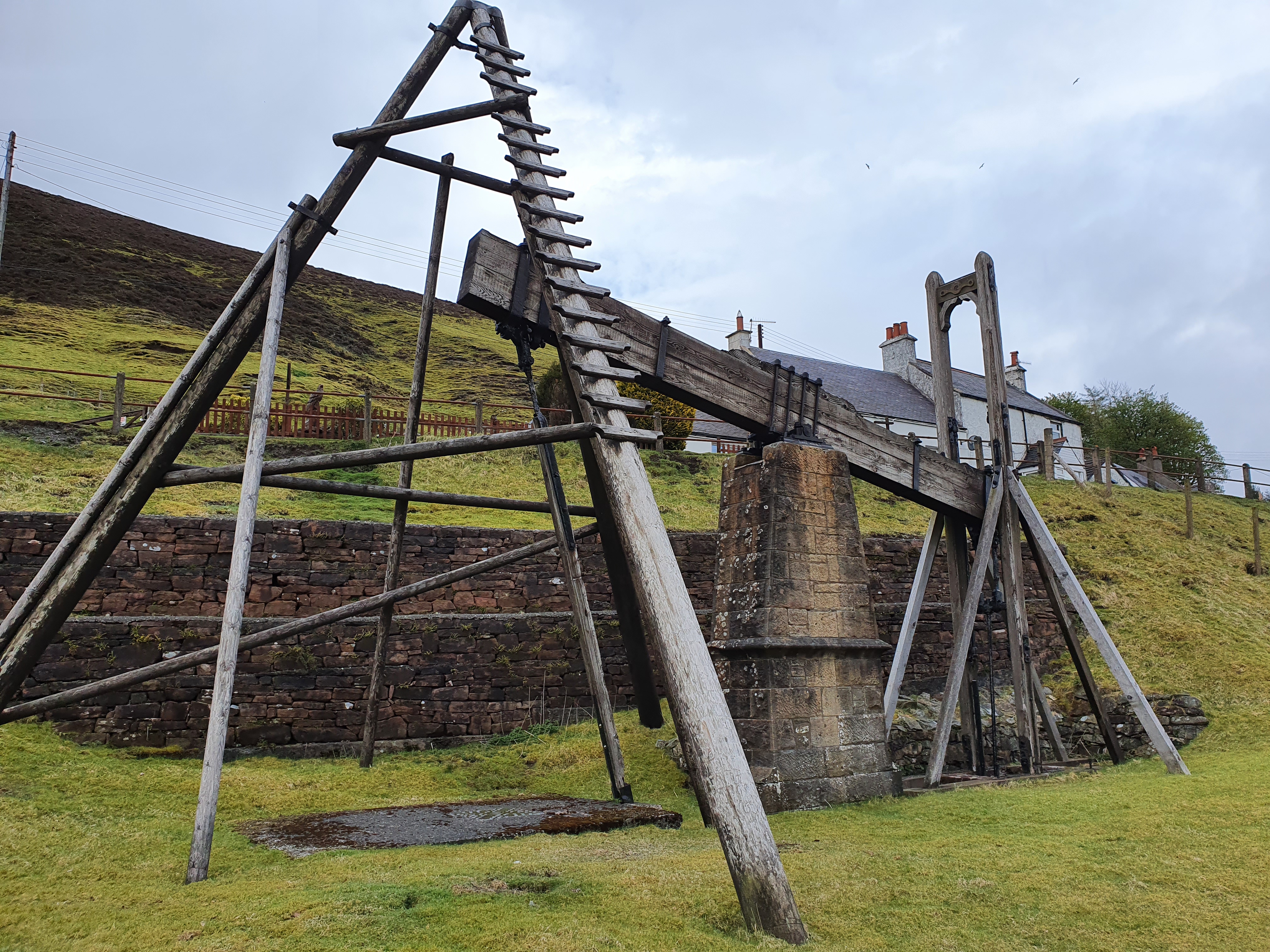 About the research project

This project aims to reshape engagement with a ‘digital tourist’ for the Scottish Tourism and Hospitality Sectors.

In one “strand” of the project, we focus on VR marketing for tourism and heritage sites. We work with the local filmmakers to enable their “entry” into the VR production market. We develop and test VR content for use on-site or off-site for 3 entities: Wanlockhead museum, Whithorn trust, and Auchindrain township. The project was originally developed as a Covid-19 response and is supported via the ESRC grants (IAA and ABC). We anticipate that this project will have economic and societal impact through: (1) Allowing local filmmakers to enter this new niche market and develop mutually beneficial collaborations with the tourism sites; (2) Allowing tourism and heritage sites to grow visitor awareness and digital engagement and enhance visitor experience on site (therefore assisting in preserving and promoting these culturally significant sites); (3) Allowing visitors with limited mobility to experience heritage sites in a new, engaging way, impossible without the VR technology.

In the other “strand” of the project (supported by ESRC ABC grant), the focus is on the hospitality sector.

For heritage sites and museums

In this section non-profit organisations can find documentation to support them in their quest to incorporate VR material.

We have prepared guidelines on how to best use some of the most popular social media platforms as a museum or non-profit organisation: 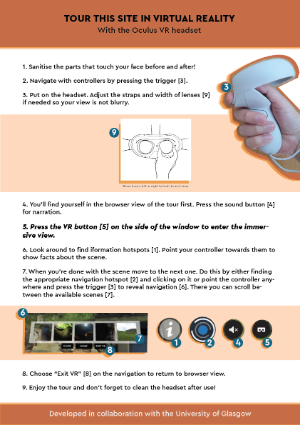 In this section, filmmakers can find documentation to support them in their quest to incorporate VR materials

Case study: Food With a View

Given restrictions on the food sector, the range of food options is reduced and the mobile food vans and informal eateries down the islands have a more important role to play. It is important to align their offer with visitors’ expectations to maintain high-satisfaction ratings from visitors, given the importance of food as part of a holiday.  This also links to elements of the local tourism strategy to emphasise the quality of local produce such as seafood. There is a need to (1) reshape marketing strategies, take advantage of the opportunity created by COVID19 privileging outdoor eating, (2) brand repositioning of the area into a type of island scenery food and (3) enhancing customer engagement strategies and social media promotion practices.

To enhance the visitors’ engagement which was their urgent need as a response to the COVID19 crisis. That plan involved different aspects, branding aspect -new overarching branding for the food outlets and restaurants on the isles of the Outer Hebrides to help raise the awareness of the visitors, make their experience on the isles an unforgettable one. Making the digital engagement more inclusive and beneficial for all restaurants and food outlets on the isles. Enhance social media engagement practices. Accordingly, a new brand was created ‘Food with a view’ and became a membership trail and helped to cross promotion offline such as selfie boards, food & drinks events, the Hebridean Baker event and via social media campaigns (see pictures). 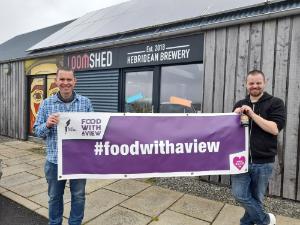 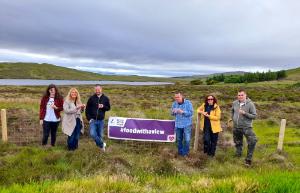 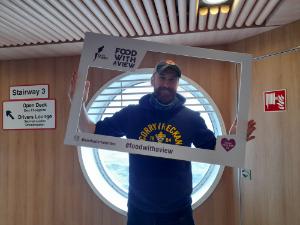 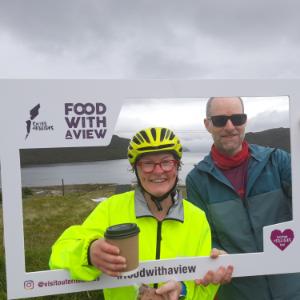 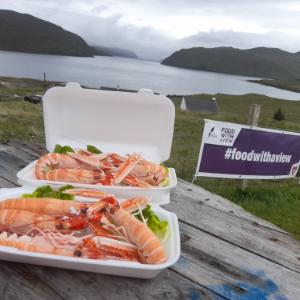 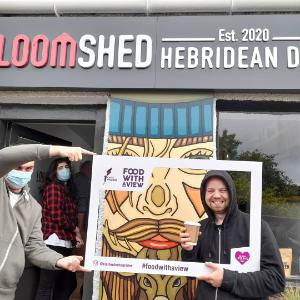 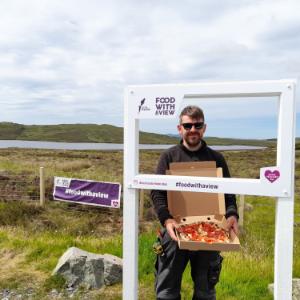 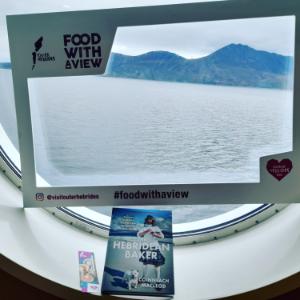 Change in practice for Outer Hebrides Tourism Community evidenced in applying new approaches to their branding, engagement, and outreach. Change in the engagement of their customers is evidenced in the reach of the social media campaigns: Facebook: over the main duration of the social media campaign started Apr 2020 to Sept 2020 – over 40K while at the same period without the campaign was less than 20K. Instagram: 13K campaign tags and 75K reach which is even more than double the analytics before the campaign. 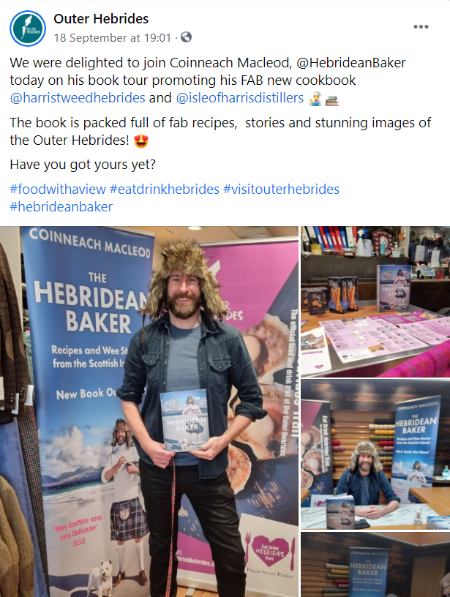 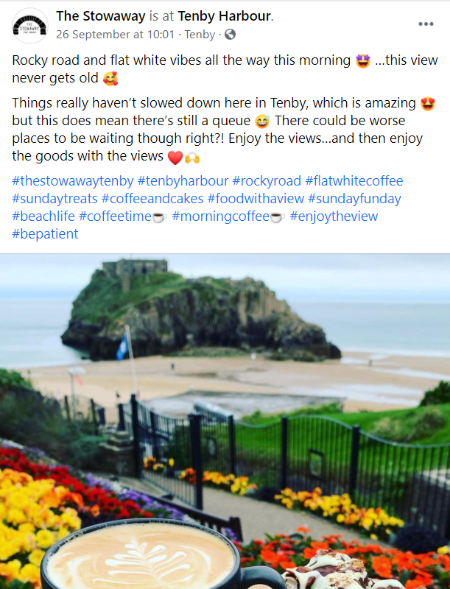 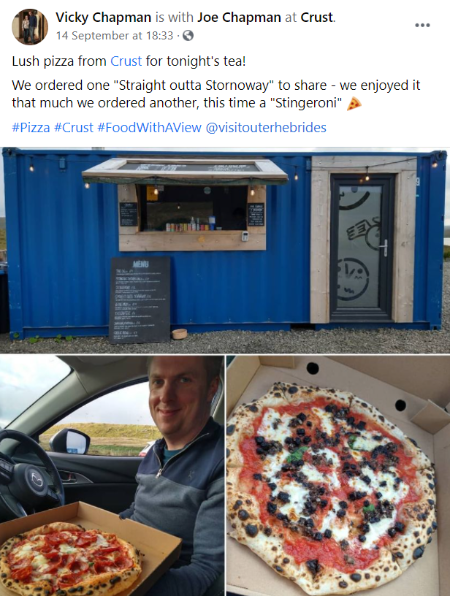 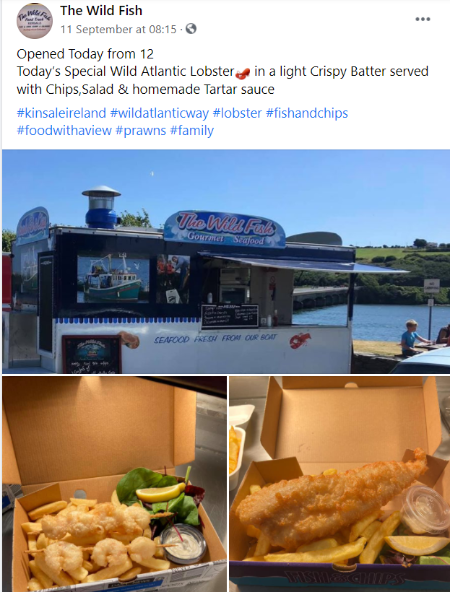 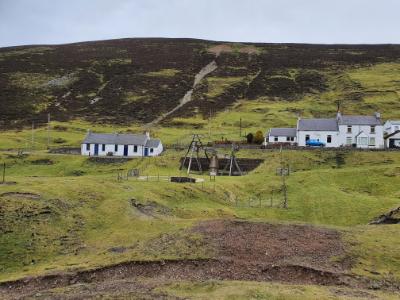 Wanlockhead Museum represents the local social and industrial history of this once important site of lead mining. The museum consists of an underground mine (open to the public); Straitsteps Cottages, representing miners’ lives in 1750, 1850 and 1910; the Miners’ Library and the Visitor Centre; and the Museum. The library holds 2800 books and is the second oldest subscription library in Europe.

Wanlockhead Museum were looking to develop an informed digitisation strategy. They have valuable resources in the library which could be more widely shared on a digital platform. Social distancing would be very difficult to undertake on the mine tour, but a virtual tour could widen their audience and increase access for those not physically able to enter the mine; and, with the inclusion of text, could also be accessible to the hearing impaired.

We were able to secure funding for the project that included ESRC (Economic and Social Research Council) Impact Acceleration Account funding from the University of Glasgow; allowing us to create and test digital marketing solutions for the Museum as well as being able to purchase the necessary equipment to do this.

In collaboration with filmmakers "Silly Wee Films" from Glasgow, a static scenes VR tour for the Wanlockhead’s Lead mine, Miners’ library, and Miners’ cottages was created.

Audio narrations for these VR scenes were created in collaboration with “The Big Light” podcast company from Glasgow.

A small pre-Christmas Facebook campaign was tested to facilitate donations to the Wanlockhead’s fundraiser, and to build social media following. It generated 18,000+ post engagements, and 1,575 link clicks. Facebook page following went from 2,300 to 2,700 potential visitors during that brief campaign.

A further campaign was launched before the reopening of the museum with the goal of increasing followers. Through it, the Facebook site gained around 500 new followers, going from an initial 3000 to 3500.

A student marketing project was executed with the University of Glasgow. 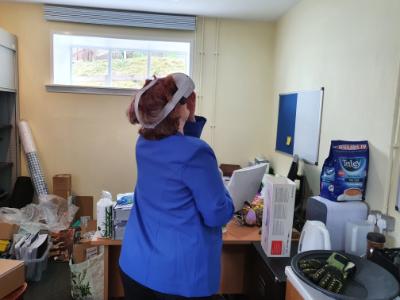 The staff received training in how to use a VR headset through an on-site visit. The Oculus headset had the final VR tour made readily accessible through the browser. They also received instructional posters to help visitors with using the headset independently of the staff. Lastly, we helped them create a brand new Instagram page.

Full screen version of the tour 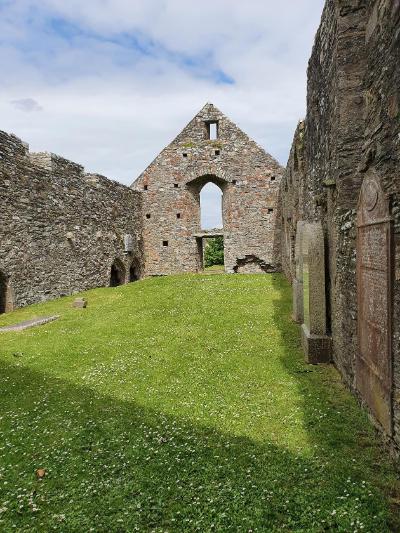 The Whithorn Trust was founded in 1988 to inspire the public with the story of Whithorn, which is one of the earliest sites in Scotland where archaeological evidence of Christian practice is found. The site was an early medieval monastery and later a pilgrimage shrine. The Trust operates a visitor centre; museum; guided tours, including its full-scale replica Iron Age Roundhouse; and a café and shop to support its activities. It also promotes wide ranging economic development and educational initiatives, working with bioarchaeologists on dating and population information for the early burials.

The Whithorn Trust was interested in working on virtual reality. They already work with archaeologists who are looking to produce an interactive archaeopuzzle with 3D models, but we have lots of resources where virtual reality experiences may be applicable.

Drs Cowan and Kostyk were able to secure funding for the project that included ESRC (Economic and Social Research Council) Impact Acceleration Account funding from both the Universities of Edinburgh and Glasgow that was used to fund filmmakers, post-production costs, podcasts and 3D headsets; enable the continuance of the collaboration; and support the creation and testing of digital marketing solutions.

In collaboration with filmmakers, Silly Wee Films based in Glasgow, a static scenes VR tour for the Whithorn Trust's Iron Age Roundhouse and Priory was created as well as a 360-degree video VR tour, which is in line with the Trust’s new digital ambitions.  Audio narrations were developed in collaboration with The Big Light podcast company from Glasgow.

A Facebook campaign was designed and tested to facilitate the sales of the Whithorn Trust's "digital ticket" initiative and to build a larger social media following.

An additional student marketing project was also secured by the academics to look at improving the Trust’s general marketing activities for 2021. 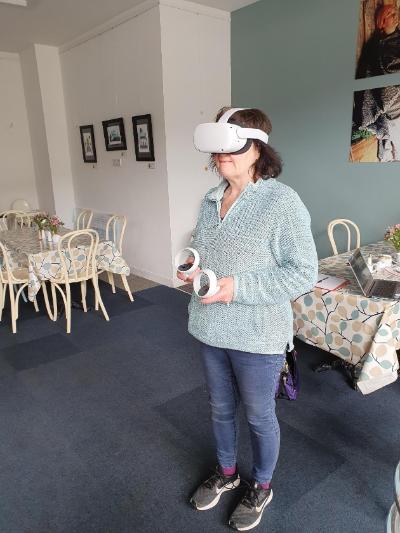 An on-site visit was done to train the staff in using a VR headset.

Text adapted from The Whithorn Trust Case Study by Interface

Project team commenced their work with the Auchindrain Township to produce their first on-site VR experience. 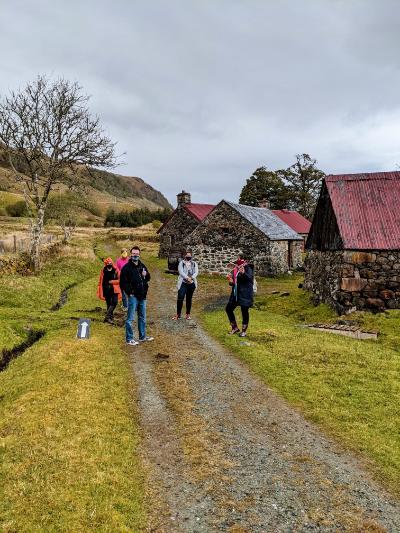