An international conference on the topic of ‘Evaluative Perception: Aesthetic, Ethical, and Normative’ is to be held at the University of Glasgow on the 13th-15th of September 2013, under the auspices of the Centre for the Study of Perceptual Experience. 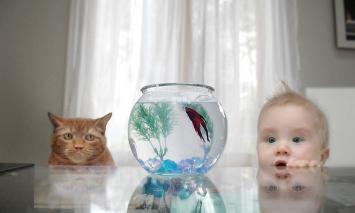 Speakers Selected from the Call for Papers

After long having been neglected, the possibility of evaluative perception is once again being given serious philosophical consideration. For example, in aesthetics, there has been renewed interest in the possible relations between imagination and aesthetic perception, and a growing discussion of the Wollheimian idea that the phenomenon of seeing-in, which is apparently typical of pictorial experience, marks out a distinctive form of perception (e.g., Lopes (1996, 2005), Hopkins (1998)), Pettersson (2011)). Elsewhere, in meta-ethics, there has been a flurry of debate around the topic of whether ordinary human agents could perceive the instantiation of ethical properties (e.g., Väyrynen (2008), McBrayer (2010), Dancy (2010)). These developments have complemented a long-running tradition of Aristotelian interest in ethical perception, the most famous contemporary proponent of which is John McDowell (1998). Finally, and related to this, is the development of interest in the idea that human agents could perceive reasons (e.g., Church (2010)).

At least some of these developments have, it seems, been partly inspired by progress in the philosophy of perception. For example, the emergence of the high-level view about the content of perception (e.g., Siegel (2006)) has arguably given credence to the view that conceptually sophisticated perception might be possible. In addition, discussions about the possibility of cognitive penetration, i.e., the idea that the cognitive states and characters of perceptual agents can alter how they perceive the world (e.g., Macpherson (2011)), arguably provide proponents of evaluative perception with the beginnings of a psychological account of how evaluative perception might be possible.

In light of these developments, the Centre for the Study of Perceptual Experience at the University of Glasgow is convening a conference on the topic of Evaluative Perception, where ‘evaluative’ is being understood so as to include aesthetic, ethical, and normative perception. The central questions to which the conference will be addressed include:

As well as these questions, the topic of the conference will connect with broader discussions and debates in aesthetics, epistemology, ethics, and the philosophy of perception, e.g., the possibility of cognitive penetration, amodal perception, and cross-modal perception, the admissible contents of experience, the relationship between imagination and perception, the impact of so-called ‘framing effects’ on perceptual experience, whether perception can be said to be rational and whether perception could be the conclusion of an argument, the role of experience in aesthetic appreciation, and the prospects for various approaches in ethics, e.g., ethical intuitionism and virtue ethics.

Any enquiries should be addressed to:

Papers will be double-blind reviewed. Notifications will be sent out by the 1st of August 2013.

The conference workshop is supported by the Mind Association who has first refusal on the edited volume for their Occasional Series published by Oxford University Press. The papers selected through this call cannot be guaranteed publication. Subsequent to the workshop, a book-manuscript will be submitted to OUP and all papers will be individually refereed.

Accepted speakers will have their conference fee waived. Food and accommodation for the duration of the conference will be provided. Travel costs of a value up to £400 will also be covered.

Any enquiries should be addressed to:

Several other hotels in Glasgow offer good value for money - please check those recommended by the University of Glasgow' s Conference and Visitor Services Office.

Maps and travel information are available on the University's web pages

For more information about how to get to Glasgow or how to get around town, please visit the University of Glasgow website.