A Systems Biology Approach to controlling Nematode Infections of Livestock 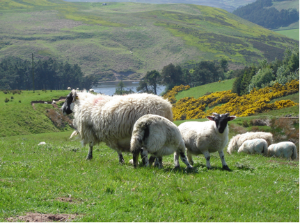 Nematodes represent a major threat to the health and welfare of livestock as well as the sustainability of livestock farming. Current control measures involve anthelmintic treatment but this is threatened by the evolution of drug resistance in parasite populations. Alternative control measures are urgently needed. The most promising strategy is the exploitation of genetic variation in resistance to nematode infection. This involves either selective breeding or use of relatively resistant breeds. Selective breeding has been used successfully in Australia and New Zealand. There are two barriers to the widespread exploitation of genetic resistance: many farmers lack the necessary expertise in quantitative genetics and concern about potentially harmful side-effects of genetic resistance. Additional quantitative research is necessary to address these concerns. A systems biology approach is necessary to intgrate the information from many different disciplines into a coherent and consistent description of the host-parasite interaction. The objectives were: to advance our understanding of host-nematode interactions, to use the enhanced understanding to control nematode infections of livestock, to train researchers with the necessary skills to understand and control nematode infections and to apply nematode control on selected farms within Europe.

All these aims were met. We carried out a variety of research covering host nematode interactions that included epidemiology, quantitative and molecular genetics, immunology, pathology and parasite biology. This research has resulted in multiple publications and additional manuscripts are being prepared for publication. We have created a mathematical model of the infection process that is data-driven and immunologically and genetically explicit. This model is a considerable advance on the field and it has allowed us to explore practical farming situations. In particular, the model predicts a relatively rapid response to deliberate selection for host resistance to nematodes. This improves our ability to control nematode infections of livestock. We have addressed several meetings of livestock breeders where these results were disseminated. We have trained a variety of researchers at postgraduate and postdoctoral level and these graduates are moving into a variety of positions in Europe and beyond. Finally, many farms are applying some of the results of the project to improve animal health and welfare. These farms include Lleyn breeders in the UK and Churra breeders in Spain.

The provision of advanced training of multiple researchers was a key success of the Marie Curie project. At Glasgow University (GLA), Joaquin Prada Jiménez de Cisneros has become a very competent mathematical biologist capable of applying advanced mathematical and statistical models to the analysis of parasitological data. In particular, he analysed the relationship between nematode-specific IgA activity in the plasma and the mucus and showed that the plasma concentrations reflect activity in the mucus and also the mass (number and size) of parasites in the abomasum. These results allowed us to develop IgA activity as a diagnostic test of nematode resistance. Joaquin also extended a model of the host-parasite interaction into an individual-based tool to explore nematode control. This model demonstrated that the response to selection will be more effective if selection is based on IgA rather than the traditional faecal egg count. Farmers in Europe are now starting to use IgA activity to assess resistance to nematodes. He has three published papers and three more under review. He submitted his thesis and is now working at Princeton University.

Also at GLA, Thorsten Stefan looked at the most important genetic region for parasite resistance and by recreating the last 40 million years of evolution, he was able to demonstrate that the key process that maintains genetic variation at the major histocompatibility complex (MHC) is divergent allele advantage. This was a stunning achievement that has solved a major biological problem. This work advances our understanding and allows us to utilise the MHC in genomic selection for the first time. Thorsten has three published papers and three more under review. He is about to submit his thesis and is now working at the University of Hohenheim in Stuttgart.

At INRA Tours, Caroline Chylinski explored the factors that determine parasite success. Parasite fitness is influenced by anthelmintic resistance, response to resistant sheep, density-dependent effects, L3 age effects, and the L3 capacity to withstand desiccation. Each of these factors reduce fitness by acting on differing life-history traits. Host gender is also important: males express Th2 related cytokines more strongly than females while females had greater expression of genes associated with mucosal barrier defense (TFF3, Galectin 15, Intelectin 2). There appears to be no evidence of pain in response to H. contortus infection. Host temperature may hold some predictive value in determining the infection outcome. Her sociological research suggests that effective dissemination is essential for effective parasite control. Caroline has published 4 papers and has another 4 under review. She has been awarded her PhD and is exploring future options.

At INRA Toulouse, Fabrizio Assenza explored genetic variability, in both sheep and goats in parasite resistance. The estimated heritabilities, genetic correlations and QTL effects confirmed the existence of substantial variation and that marker assisted selection could enhance the selection response. This work has been published in Genetics, Selection, Evolution the top journal in Animal Science. Fabrizio has been awarded his PhD.

Marina Atlija at the University of Leon (ULEON) examined the molecular genetic basis of resistance to nematode infection using a wide range of techniques from diagnostic parasitological tools through molecular genetics and bioinformatics to sophisticated statistical and mathematical modelling. Marina has submitted one manuscript and has another three in preparation. She plans to submit her PhD in early spring.

Agris was unable to recruit researchers due to local prohibition on hiring staff. The two positions were eventually transferred to ULEON and to University College Dublin (UCD). Praveen Krishna Chitneedi was employed at University of Leon for 15 months working on detection of genes for resistance to nematodes in Churra sheep using a genome-wide association analysis with direct SNP typing and imputation. He has two manuscripts in preparation.

UCD also experienced problems with recruitment but was eventually able to attract Rocco Sebastiano to research the immunogenetic and nutritional basis of resistance to nematode infection in resistant and susceptible sheep. The results indicated that the resistant sheep respond more rapidly to infection. This has now been accepted for publication in Veterinary Research which is one of the most cited journals in Veterinary Science. UCD were unable to make a second appointment.

LfL Germany recruited 3 researchers but for family reasons and homesickness all three researchers returned home before completing their PhD. Their joint research has led to an improved system for typing molecular genetic variation at the MHC which is the most important genetic region for resistance in sheep. In addition, LfL hosted three-month visits for T. Stefan and M. Atlija and have three manuscripts in preparation.

Mahlet Teka at the University of Wageningen developed an equation that shows individual’s breeding value and heritable variation for the basic reproduction ratio, R0. R0 is the key parameter describing the risk in severity of epidemics. Breeders can substantially increase responses to selection against infectious diseases by basing selection decisions on data collected from groups composed of family members. She also developed the statistical methodology to estimate gene effects on susceptibility, infectivity and R0 from data on transmission experiments. A Generalized Linear Model (GLM) with a complementary log-log link function and a binomial error function is suitable for estimating relative gene effects for susceptibility, infectivity and R0. The model was developed from an equation that describes the probability of an individual to become infected as a function of its own susceptibility genotype and of the infectivity genotypes of its infected group mates. The resulting method is a tool for genome-wide association studies (GWAS) aiming to identify host genes affecting the risk and severity of infectious diseases in populations.

Hamed Rashidi at Wageningen University studied the quantitative genetics of resistance and tolerance. He also worked closely with TOPIGS (now TOPIGS Norsvin) to develop a challenge load indicator to detect disease outbreaks. This methodology enables selection on resilience, animals that do not have large reductions in performance during disease outbreaks either because of resistance or tolerance. Hamed Rashidi completed his 3-months stay in Glasgow, where he estimated genetic parameters for resistance and tolerance to nematodes in sheep. He found a strong negative genetic correlation between resistance and tolerance: sheep that are genetically more resistant are less tolerant. This research has been submitted to Genetics one of the top journals in Genetic research.

Juanma Herrero at TOPIGS Norsvin used reproduction records from several countries to detect outbreaks of Porcine Reproductive and Respiratory Syndrome Virus (PRRS) in pigs. The outbreaks detected using statistical approaches were confirmed using clinical signs and available diagnostic tests for PRRS and other diseases. The method was used for outbreak detection using phenotypic data, genetic parameter estimation during disease and healthy periods using a bivariate approach, and genetic parameter estimation for a range of challenges using a random regression approach. Data consisted of 3,518,222 records from 447 farms. There were higher variances due to permanent-environment and service-sire effects during disease phases. The additive genetic variance increased as overall challenge load increased. Heritability was highest at extremes of the challenge and non-challenge phases. Genetic correlations decreased as the contrast in challenge load increased.

In summary, the NematodeSytemHealth project has trained a cadre of researchers in quantitative and molecular methods who have made substantial contributions to our understanding of disease, especially parasitic infections of livestock. This cadre is well placed to make an important contribution to understanding and controlling parasitic infections in the future.
For further details contact the coordinator, Professor Stear.

The principal method of dissemination was presentations by Marie Curie Fellows to international and national meetings. These are listed below. Following this list there is a description of public engagement activities.

In addition, all students gave talks at the Marie Curie Conferences in 2012, 2013, and the international conference hosted by the project in 2014.

There were a series of public engagement meetings held with breeders, agricultural consultants and veterinarians held to inform potential users of this research. These meetings included Suffolk breeders (Ireland 13th May 2014) Lleyn breeders (23rd June and 4th December England). A further meeting with Scottish Blackface breeders will be held on 11th March 2015. In addition we will address the Sheep Breeders Round Table in November 2015; this is an international meeting of sheep breeders. Meetings with veterinarians were held in Scotland, England, Spain, France and Ireland. A meeting of breeders was also held in the Netherlands.

The ITN consisted of 12 PhD studentships and 2 postdoctoral positions. 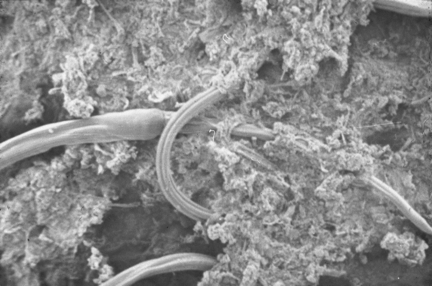 ReactiveLabs (UK) and IPG (NL) – The researchers worked with industry on areas related to this Marie-Curie training network. The placement with RL involved improving the diagnosis of disease in samples from livestock. The placement with IPG involved developing and applying the latest techniques to identify animals with superior genetic merit. There are no SME that specialise in breeding disease resistant sheep or cattle and IPG offered the opportunity to absorb and adapt expertise from a closely related area.