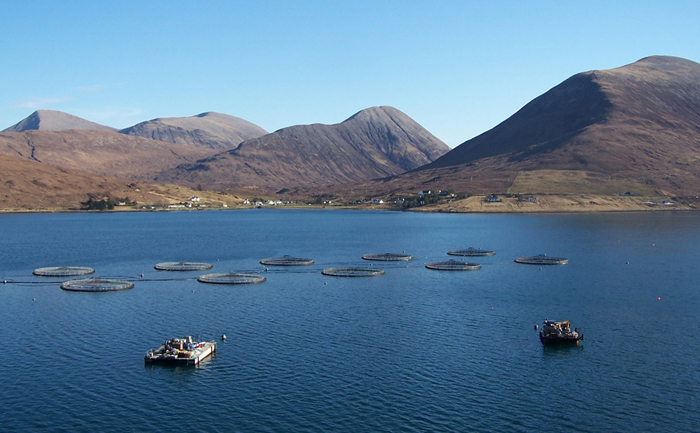 Salmon can be selectively bred to be resistant to sea lice, a new study has found.

Sea lice (Lepeophtheirus salmonis) are the biggest threat to the welfare of farmed Atlantic salmon and the sustainability of fish farming across the world.

Chemical treatments are the current mainstay of controlling infection but growing drug resistance among sea lice means an alternative is urgently required.

Now scientists at the University of Glasgow have developed a simple protocol to breed fish that are resistant to sea lice and have produced a mathematical model to predict the response to selection.

In some instances as few as 10 generations may produce fish that naturally control infection and seldom require treatment.

Professor Michael Stear said: “Sea lice infection is a major threat to the health of farmed salmon and to the fish farming economy.

“Our research has produced a practical tool for quantifying resistance to sea lice and shown that selection could substantially reduce the need for drug treatments.

“Selective breeding for sea lice resistance should reduce the impact of sea lice on fish health and thus greatly improve the sustainability of Atlantic salmon production.”

The sea louse can cause skin lesions, osmotic imbalance and increased susceptibility to bacterial and viral infections through suppression of the host immune system.

Chemical treatments of salmon to protect against sea lice varies from country to country but amounted to losses of $480 million per annum worldwide in 2006.

The study is published in the Royal Society journal Interface.