A new study of Serengeti lions addresses key questions about the spread of canine distemper virus (CDV) from domestic dogs and evaluates the effectiveness of dog vaccination efforts in protecting dogs and lions against the disease.

CDV most commonly infects domestic dogs and other canines, but it can also affect species such as skunks, raccoons and is a threat to big cats such as lions and tigers. 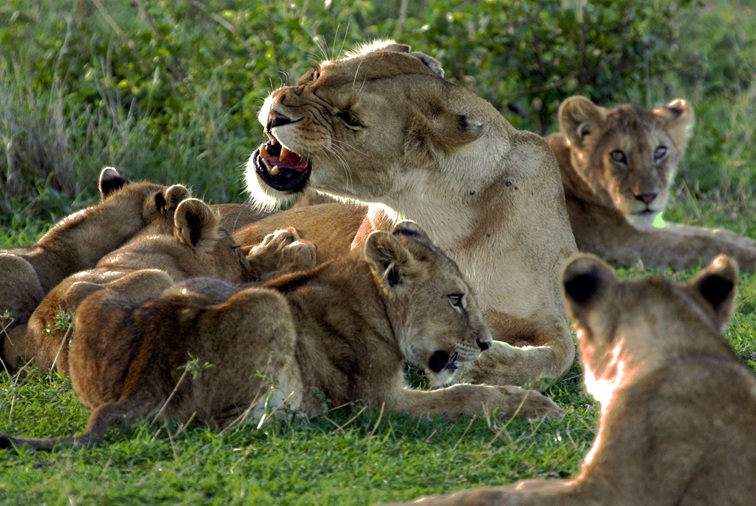 Typical clinical signs include fever, eye inflammation, discharge from the eyes and nose, diarrhoea, hardening of the nose and footpads, neurological signs and frequently death. For example, a 1994 epidemic in Tanzania resulted in the die-off of approximately 30% of lions (~1000 lions) in the Serengeti ecosystem.

Programmes to vaccinate dogs were implemented in the region in 1996, but until now it was unclear whether these have reduced the spread of this disease to lions, which continue to be infected, despite no longer dying from the disease.

To investigate the drivers of CDV infection in lions, a research team led by veterinary scientist Tiziana Lembo and mathematical biologist Mafalda Viana from the University of Glasgow’s Boyd Orr Centre for Population and Ecosystem Health looked for patterns of infection between lions and dogs.

The results, published in the Proceedings of the National Academy of Sciences, revealed a pattern in which an early spike in CDV infection in dog populations was followed by an infection spike in lions, suggesting that dogs were initially responsible for transmission of the virus to lions.

However, since the late 1990s, the frequency of lion infections has increased while dog infections have decreased, and the timing of infection peaks in lions has not always been related to dog infection peaks. These results suggest that the virus may now be maintained by a broader carnivore community, potentially involving wildlife as well as dogs beyond the immediate vicinity of the Serengeti National Park.

Dr Viana said: “Dog vaccination programmes are certainly effective at reducing CDV infection in dogs and should continue. But our study has shown that, because of the changing pattern of infections, such programmes alone might not be sufficient to fully prevent infection in other species”. “Protecting endangered species from CDV infection is important so we need to look more closely to find out where CDV is being harboured.”

The authors recommend that a further study involving a larger range of species may shed light on the mechanisms by which the virus persists in ecosystems with multiple host species in order to combat its spread to vulnerable wildlife like the lions.

Dr Lembo said: "The story of CDV in areas where multiple susceptible species co-exist is more complex than just domestic dogs. Our study raises questions about which other carnivores in the Serengeti might be transmitting the virus between dogs and lions. We need to consider how to broaden our strategies to control this disease."

The results of this study and approaches to control CDV in endangered carnivores will be discussed at a meeting of experts, including members of this research team, in Wildlife Conservation Society’s HQ in New York entitled Vaccines for Conservation: exploring the feasibility of immunizing wild tigers against distemper on January 21-22.

The team and study were funded by the Royal Society (Newton International Fellowship), MSD Animal Health, and the Wellcome Trust. 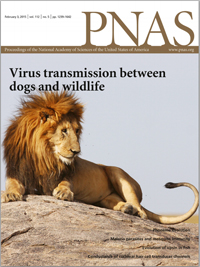 Make a difference: Find out how to support our work in Africa‌