Professor Graeme Milligan, Gardiner Chair of Biochemistry at the University of Glasgow, is to receive the Royal Society Mullard Award. Professor Milligan receives the award in recognition of his “global leadership in pharmacological and translational studies, his successful "spinning-out" of academic research and his longstanding underpinning support for the bio-pharmaceutical industry”.

The Mullard Award is bestowed by the Royal Society to researchers with an outstanding academic record in any area of natural science, engineering or technology and to individuals or teams whose work has the potential to make a contribution to national prosperity. The only previous academic linked with the University of Glasgow to receive this prestigious award is Sir James Black, the Nobel prizewinning pharmacologist, who was awarded the honour later in his career. 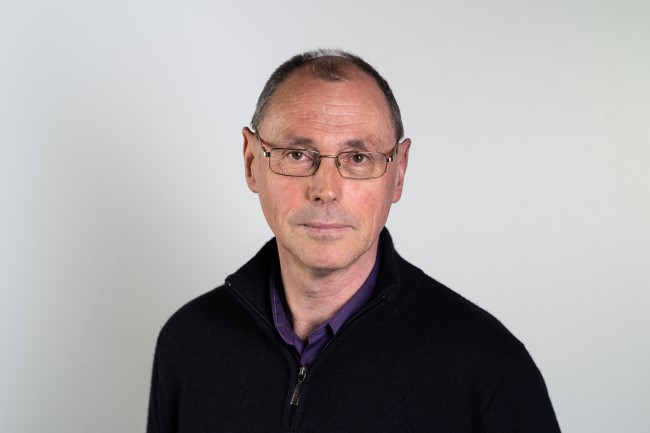 Professor Milligan, who is also Deputy Head of the College of Medical, Veterinary and Life Sciences, has a career spanning almost 40 years. He has developed and maintained a position as a global leader in pharmacological and translational studies, in particular on members of the family of G protein-coupled receptors (GPCRs) and their signal transduction mechanisms induced by the activation of individual heterotrimeric G proteins. These receptors are the targets for around 25% of currently used medicines, and, in recent years, even more medicines have been developed that specifically target this family of receptors.

Through his world-changing research Professor Milligan has provided critical support to the bio-pharmaceutical industry by acting as a Scientific Advisory Board member or consultant for more than 20 companies, including AstraZeneca, Boehringer-Ingelheim, GlaxoSmithKline, Johnson & Johnson, Pfizer and Sanofi. He has also developed and patented his work directly for industry, directly improving and enhancing early-stage drug discovery throughout the last few decades.

Professor Milligan has also ‘spun out’ two companies as a co-founder. Based on his knowledge of GPCRs for fatty acids, and the concept that omega-3 fatty acids are health beneficial in a range of areas, Professor Milligan co-founded Caldan Therapeutics in 2015. The Edinburgh-based company has, to date, raised over £8m in funding to develop new treatments for type II diabetes and non-alcoholic fatty liver disease.

In 2020, he co-founded KelticPharma Therapeutics. This Dublin-based company, with its Glasgow-based subsidiary Keltic Pharma, is developing treatments for malaria, chronic asthma and neuro-psychiatric disorders, and has already raised £7m from the EU Malaria Fund and the Bill and Melinda Gates Foundation.

Professor Milligan has received a number of previous awards, most notably the JR Vane Medal by British Pharmacological Society, and Fellowship of the Academy of Medical Sciences, both in 2016, as well as Fellowship of the Royal Society of Edinburgh in 1998.

Professor Milligan said: “I am delighted and honoured to receive the Royal Society Mullard Award. Although my major focus over many years has always been to understand the molecular details of GPCR-mediated signal transduction I have also tried to identify where opportunities for translation of my work into improvements in the medicine discovery process might lie. Working with the teams in the biopharmaceutical industry has also been a great learning experience for me.”

Sir Adrian Smith, President of the Royal Society said: “On behalf of the Royal Society, I offer my congratulations to the outstanding researchers, individuals and teams whose contributions to our collective scientific endeavour have helped further our understanding of the world around us.

“Science has always been a team game, and I’m proud to see such a wide array of skills and specialisms reflected in this year’s medals and awards.

“From the original ideas that open up new fields, to the team effort that delivered the Oxford-AstraZeneca vaccine, or the vital work of technicians and those opening doors for the next generation of talented researchers – I am proud that we can celebrate outstanding scientific contributions in all their forms.”