During the 40th anniversary of the Falklands War, a team including veterans, archaeologists and local people are carrying out the first archaeological survey of the islands’ battlefields, it was revealed today.

The Falklands War Mapping Project is a collaboration between the University of Oxford, University of Glasgow, Falkland Islands Museum & National Trust, and Waterloo Uncovered, a charity that uses archaeology as therapy for trauma and injury.

A central element of the project is veteran engagement through the charity Waterloo Uncovered. Two British Army veterans – Jim and John - who fought in the Battle of Mount Tumbledown are accompanying the team to the battlefield and bring with them their unique understanding of the landscape, finds, and past events. One of the veterans – John – is visiting the Falklands for the first time in 40 years, while for the other – Jim - it is his 5th visit.

Mark Evans, CEO of Waterloo Uncovered, said: “40 years after the conflict, seven years after Waterloo Uncovered started helping veterans though archaeology, we are proud and excited to be visiting the Falklands. We are accompanied by two Mt. Tumbledown veterans, to help them move on in their lives, and to start to record the physical reminders and memories of 1982 that are still there today but dwindling fast. It is great to see our work reaching beyond the Battle of Waterloo, to help more veterans and learn more about important military history."

Rod Eldridge, Welfare Officer, Waterloo Uncovered, said: "We know the power and positive effects we deliver to veterans taking them to the battlefield of Waterloo and engaging them as part of the team, carrying out real archaeology. Imagine the potential then, to take veterans back to their own battle to do real military history work. We take the greatest of care with our veterans, to ensure their time with us is safe and positive. This trip stands to be a new benchmark in the support we offer those who have fought and suffered from the impacts of war." 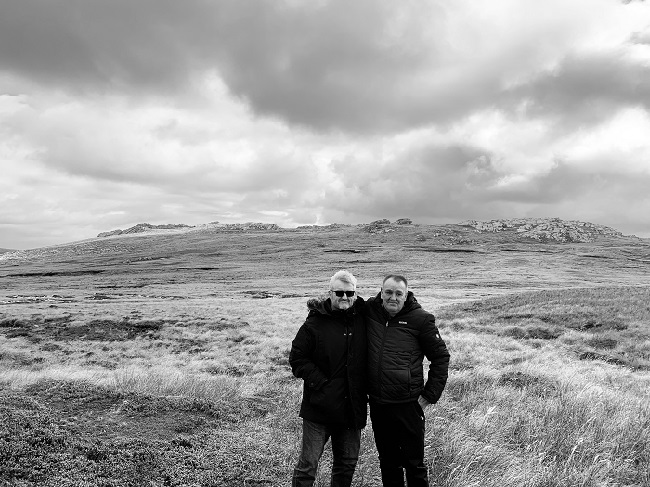 Dr Timothy Clack, Chingiz Gutseriev Research Fellow in Archaeology and Anthropology, University of Oxford, said: “The first season of fieldwork focuses on Mount Tumbledown, which given its proximity to Port Stanley, has seen the highest levels of visitors and artefact removal. As well as data collection, the aims are to test equipment, trial survey techniques, and build local heritage capacity. Working with veterans is a privilege enabling us to assess the potential of using their testimony to illuminate remains. Longer-term the plan is to survey other 1982 battlefields.

“This project represents a rare opportunity to explore not only the material record of a war still in living memory, but also how this serves to configure recollections, meanings, and identities over the long term. The project will answer questions about the past but also about the present. We intend to learn how battlefield materials can act as a primer for the recall of past events, how their meanings change over time, how they shape emotional states, and how people think conflict heritage should be protected.

“As part of the project, we are delighted to be running ‘art and archaeology’ sessions for school and museum groups. We will also be using art to engage the community and communicate project results. Some of the artworks produced in these sessions will be showcased in the Susan Whitley Memorial Exhibition. This exhibition is held every year in Port Stanley in memory of the former art teacher who was one of the three civilians that lost their lives in the war."

Professor Tony Pollard, Professor of Conflict Archaeology & Hertiage, University of Glasgow, said: “The Falklands War Mapping Project (FWMP) represents the first intensive archaeological survey of the battlefields of the Falklands War, and provide a detailed assessment of the character, location and condition of individual artefacts and structural features related to the events of 1982.

“The scattered objects, aircraft wrecks, makeshift fortifications, and even shell holes, from the Falklands War represent important elements of the cultural heritage of conflict, and have the potential to add to our knowledge of the personal experiences of combatants on both sides. It is now a matter of some urgency that these remains are recorded.

“I have visited the islands on several occasions since the 30th anniversary in 2012, and over that time it is clear that relic collection, decay, infrastructure development, and natural processes of landscape change, have taken their toll. Having veterans from 1982 join the team is a huge privilege, and this direct link between the past and the present is a unique development in conflict archaeology. It is also hoped that with support from specialists from Waterloo Uncovered, the experience will have a positive impact on the veterans with regard to issues such as PTSD.” 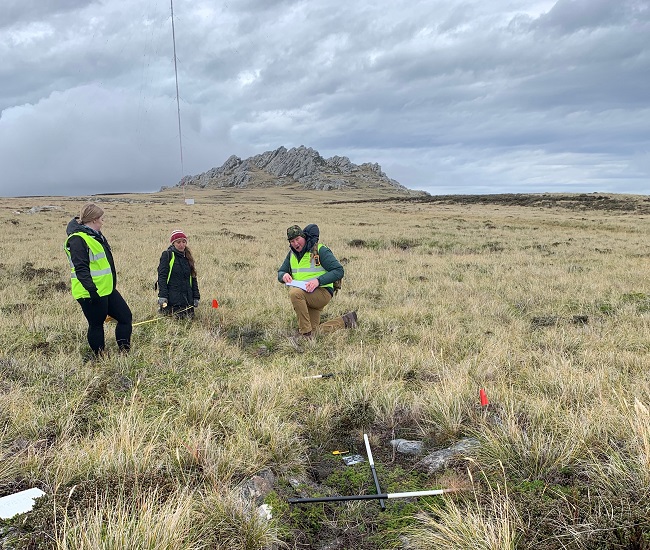 In addition to archaeologists and veterans, the project team is composed of anthropologists, heritage professionals, and an artist. Mindful of the psychological impact of war, a wellbeing officer is also accompanying the team. The artist and well-being officer are also British Army veterans (though not of the Falklands War).

It is also anticipated that local communities will be another major partner in the project through the Falkland Islands Museum and National Trust.

“Through engagement of the local community this project will aid in bridging the connection between us and the veterans who fought for their freedom and right to self-determination.

“This is an educational opportunity for all involved in the archaeological project; particularly as the events in 1982 safeguarded the future of these same young people, reinforcing its relevance and potentially inspiring the archaeologists of tomorrow.  The FIMNT would like to thank Professor Tony Pollard, Dr Tim Clack and the rest of the team for this opportunity.”

Islanders, including school children and youth groups, will be actively involved in carrying out the survey – working with the team to locate sites and artefacts on ground the surface and then recording them (the project does not involve excavation).

The results of the mapping exercise could be put to a variety of purposes, providing the basis for:

Waterloo Uncovered is an archaeology project involving military veterans and serving personnel who have been injured or are suffering from PTSD. Working in partnership with some of Europe’s top universities, and through the unique perspective of a team comprised of archaeologists, veterans, and serving soldiers, Waterloo Uncovered aims to understand war and its impact on people - and to educate the public about it, Here's a link to the JustGiving page for the Waterloo Uncovered Falklands project: https://www.justgiving.com/campaign/falklands