Low carbohydrate diets are often driven by beliefs that are influenced by internet resources, and do not represent a one-size-fits all approach to dieting.

In a new study led by the University of Glasgow and published today in Nature Scientific Reports, researchers have provided further insights into the motivations for following low carb diets and the experiences of current and past dieters. 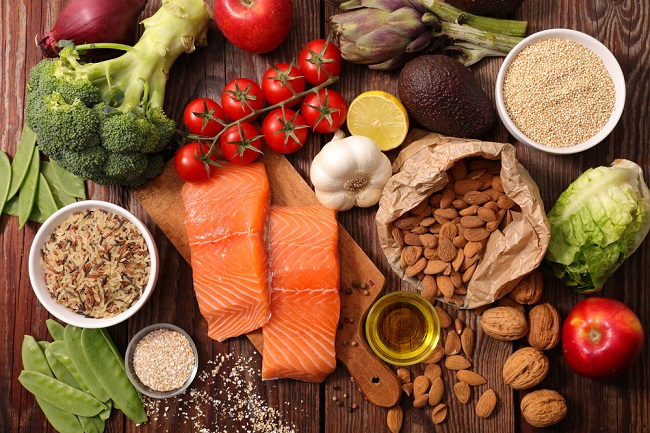 Low and reduced carbohydrate diets have increased in popularity in recent years, as a way to lose weight and as a possible strategy for type 2 diabetes management. They gained attention after the Atkins diet was first introduced in 1972, and have increased in popularity as result of numerous celebrities using a low carb diets in order to lose weight. Polls have estimated that 3 million people in the UK – approximately 7% of men and 10% of women – have tried low carb diets.

While there is no single definition of what a low carb diet is, followers generally limit the intake of foods which are a rich source of carbohydrates – this could include bread, pasta, cakes and sweets, but may also include potatoes and fruits.

Researchers surveyed 723 UK adults who were either current or past followers of a low carb diet, or people who had never followed the diet. They found that a key motivation to follow a low carb diet was weight loss, with 3 in 4 followers reporting significant success in losing at least 5% of their baseline bodyweight.

Beside weight loss, following the diet appeared to have a marked perceived impact on several aspects of people’s lives: from health and wellbeing to happiness, energy, anxiety, mood and concentration. However, the researchers found that these reactions differed between current followers, who reported a positive impact, and past followers, who reported mixed experiences.

The research also found that most current and past dieters did not receive support from a health care professional when embarking on the diet, with a minority including a multi-vitamin supplement to their intake despite cutting key food groups.

Current followers also had lower knowledge of carbohydrates than past and non-followers, with the internet a key source of information.

Lead author Chaitong Churuangsuk said: “a low carbohydrate diet can be an option for weight loss for people with obesity if this diet suits their preference, but a lack of professional guidance may put dieters at risk of nutritional inadequacies. Doctors have an important role to play, and can initiate discussions with their patients, provide information on both benefits and risks associated with particular diets, and refer to diet and weight management specialists”.

Dr Emilie Combet, said: “The survey emphasises that there is a broad range of experiences as well as motivations behind every diet journey, with no one-size fits all approach. It is important that everyone embarking on a diet that cuts food groups is adequately supported, especially when limited knowledge of food and nutrition might have important consequences on health”.

“The reliance on the internet as a source of information highlights the need to communicate sensibly about food, diet and weight management, in the context of the very fragmented debate held online and in social media”.

Professor Mike Lean said: “The long-term medical and mental consequences of being overweight are destroying lives and families, especially for younger overweight people, and especially if there is risk of diabetes.  There is no magic diet, or magic food, for weight control.  Instead, people have to find the best way to eat fewer calories.  Low-carb diets have had a lot of hype from media and celebrities, but they are no better than high-carb diets. Their evidence is generally poor, and our earlier research found low-carb diets are associated with some vitamin deficiencies, with more diabetes, not less.”

“We can’t stop people cutting carbohydrate, and it may suit some people at least in the short-term, but there should be a health warning.”

Previous research by the team has highlighted that diets low in carbohydrate can be viable strategies for managing weight, but are no superior to alternative where calories are kept low through different food choices, with a concern that cutting carbohydrate-rich food source could lead to micronutrient insufficiencies.

The research is also being presented at the European & International Congress of Obesity #ECOICO2020 held this week.