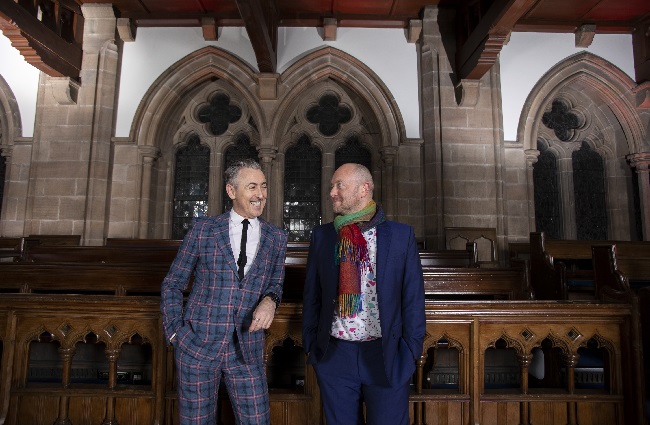 Theatre director John Tiffany, whose credits include Harry Potter & the Cursed Child and Black Watch, asked his friend Alan to give the Cameron Lecture. John created the lecture in memory of his tutor, mentor and friend Dr Cameron who died 25 years ago this year.

John, said: “Alasdair had a huge heart and wasn’t afraid of wearing it. He taught me to aspire to be genuine in a cynical world – and that there’s nothing wrong with sentiment – as long as it’s good sentiment. He was also wonderfully kind “

He added: “Carrying Alasdair’s coffin at his funeral was one of the proudest moments of my life, although his death at the age of 41 was heart-breaking and far, far too premature. Yet it was through his death that Alasdair taught me possibly his most valuable lesson – that we truly do live on through other people. Ever since his passing, I, and many, many others, have ensured that Alasdair lives on through us in our work, in our play and in our lives.” 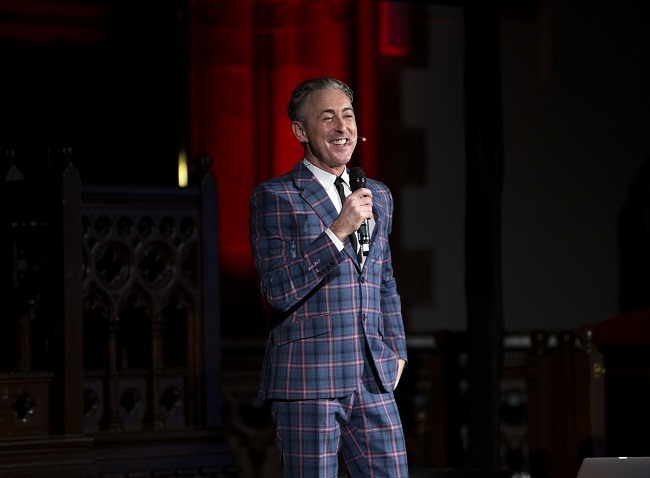 “I am a product of Scotland. Had I not been born here, if I had been born in America or even England now, I won’t be standing on this stage and won’t be an actor. My Mum and Dad won’t have been able to afford to send me to the Conservatoire or a drama. I went and studied and my Mum and Dad didn’t have to pay for me in fact I got a full grant. I stand before you, a product of the generosity and values of the Scottish taxpayers.”

“I moved away from this country and because of that I feel the great love and respect the world has for Scotland – for its people, for the Scottish theatre and for the Scottish spirit, I am proud to stand here before you tonight and tell you I am the sum of all my artistic Scottish parts.”

John Tiffany was Associate Director of the National Theatre of Scotland from its inception until 2013 and enjoys a stellar career in theatre, winning armfuls of Olivier Awards and Tonys for his productions. His credits include the internationally successful productions Harry Potter and the Cursed Child, The Glass Menagerie and the musical Once. He created Black Watch for the National Theatre of Scotland, widely regarded as one of the seminal theatre works of the 21st century. John was awarded an honorary doctorate from University of Glasgow in 2017 for his contribution to theatre and in 2018 he was awarded an OBE for services to drama. John continues to play and active role in the life of the University and his generosity and vision have been instrumental in conceiving and delivering this special lecture.

A graduate of the Royal Conservatoire of Scotland, Alan Cumming is also the author of five books and has been the recipient more than 40 awards for his humanitarianism and social activism, including the OBE in 2009 for his work in the field of LGBT rights in the US and the UK. Alan is also a Tony and Olivier award winning theatre actor, and a multiple Golden Globe, Emmy and SAG award nominated screen actor. His many TV credits include Sex and the City, The High Life, and Sesame Street. He played Eli Gold in seven seasons of the The Good Wife, and starred in the CBS series Instinct, which premiered in March 2018 and made history by being the first ever US network drama to have a gay leading character.

For more information, contact Aine Allardyce in the University of Glasgow Communications and Public Affairs Office on 0141 3307126 or email aine.allardyce@glasgow.ac.uk