Gannets learn to hunt by following their elders

Gannets, the largest seabirds in the North Atlantic, can travel hundreds of miles from their homes just to catch food for their chicks. However, with around a million square miles of ocean to choose from, it has always been a mystery how they decide where is best to search for fish.

Now, new research led by the University of Glasgow and published today in the Journal of Avian Biology, offers new insights into why these iconic shaped seabirds choose to hunt the way they do. 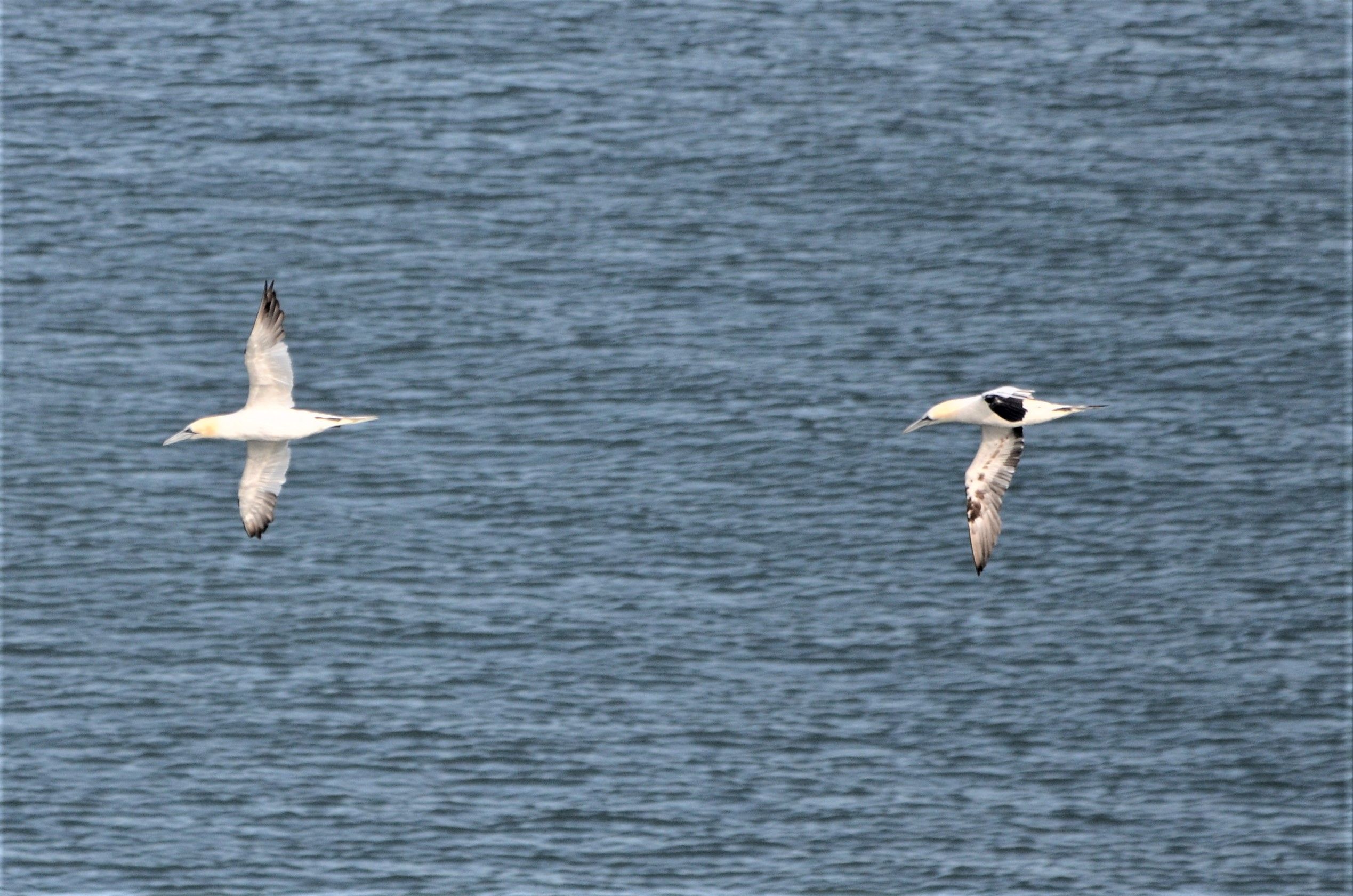 Scientists recorded thousands of gannets commuting to and from the Bass Rock, in the outer part of the Firth of Forth in Eastern Scotland. The Bass Rock houses the world’s largest northern gannet colony, with an estimated 75,300 breeding pairs calling it home.

They found that travelling as part of a flock appeared to be about more than just gaining aerodynamic benefits. The researchers were able to show that the more experienced adult birds were often found at the front of commuting flocks, with younger birds following behind. The results add weight to the theory that gannets learn to hunt by following their elders.

Dr Ewan Wakefield from the University of Glasgow’s Institute of Biodiversity, Animal Health and Comparative Medicine, said: “Our research offers a more detailed insight into how and why gannets search for food in the way they do. With such a large expanse of ocean to choose from it has always been a mystery as to how they know where fish are most likely to be found.

“By demonstrating that young gannets follow more experienced adults, we have shown that knowledge about the best feeding grounds may be being passed down from generation to generation.

The team of researchers observed gannets commuting to and from the Bass Rock from a series of vantage points – the Isle of May, Fife Ness and St Abbs Head. They then modelled how frequently the gannets travelled in flocks, the sizes of those flocks and the positions of young and adult birds.

Many birds travel in flocks, including geese, swans and cranes. Birds do this for a number of reasons, including to reduce aerodynamic drag and therefore save energy. In addition, travelling in a group can improve hunting efficiency, navigational accuracy and predator avoidance. The findings in this research demonstrate that travelling in flocks may also facilitate social learning too.

Dr Wakefield said: “The ability to tap into this communal wisdom may also go some way to explaining why gannets and other seabirds breed in such huge colonies”

The study, ‘Immature gannets follow adults in commuting flocks providing a potential mechanism for social learning’ is published in the Journal of Avian Biology, The work was funded by the UK Natural Environmental Research Council, the University of Glasgow and the German Academic Exchange Service.