Biodiversity is facing the repayment of debts and credits

A new method suggests that past landscape changes can cast a shadow on future bird biodiversity, leading to avian communities facing impeding species extinctions, as well as the arrival of new colonising species.

The study, led by researchers at the University of Glasgow and published in Nature Ecology and Evolution, revealed widespread extinction debts and colonisation credits in USA bird biodiversity. The team examined the species diversity of 2880 communities of birds surveyed as part of the North American Breeding Bird Survey, to find out how landscape changes were impacting bird species and their ability to survive in the future. 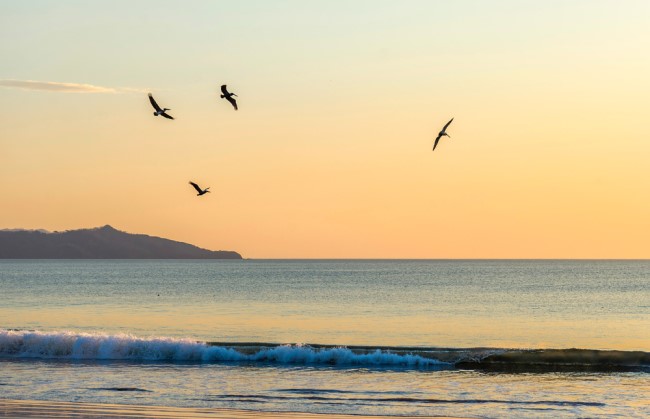 The researchers developed a statistical model that quantifies the contribution of past versus current landscapes on the current biodiversity, while accounting for the recent history of landscape changes. Those changes included the loss of grasslands and forests, and the gain of croplands and of urban developments.

Their analysis revealed the previously unknown extent of bird species at risk across large areas of the US. Overall, 52% of the area studied was expected to lose species of birds (extinction debts) and 48% of the land was expected to gain species (colonisation credits). Predicted species debts were localised around metropolitan areas, whereas predicted colonisation credits were largely concentrated in the Northeast of America, along the Appalachian Mountains and in other less inhabited areas across the country.

Landscapes change continuously, often because of human activity and exploitation. When these changes occur, wild species, including birds, are faced with two options: either to stay and adapt, or leave one area and attempt seek more suitable habitat elsewhere. If they are not able to do either, they go extinct locally.

Beyond the loss of some species, researchers believe the creation of new landscapes might also offer opportunities for new, incoming species to thrive. However, it can take time for new arrivals to effectively colonise their new landscape. Therefore, in any given landscape at any given time, an ecological community can experience extinction debts for species that will be lost, and colonisation credits for new species that will arrive.

The researchers found that neglecting to consider such debts and credits could lead to overestimates of the biodiversity that a landscape can support by up to 42%, and, in other locations, an underestimate of up to 62% – a fact that could have implications for international biodiversity targets.

Yacob Haddou, lead author of the study from the University of Glasgow, said: “Our study revealed that past landscapes can still influence present bird communities, and therefore information on how the environment has changed over time needs to be included in predictive models of future biodiversity. We have shown that omitting this crucial information means that biodiversity targets, set by national and international policy plans, risk becoming obsolete even before being implemented.”

Dr Davide Dominoni, senior author of the study from the University of Glasgow, said: “Predicted changes to bird species diversity were widespread in the United States, suggesting that many areas are expected to lose or gain species in the near future. Predicted losses of species were strongly associated to urbanisation. Given that urbanisation is expected to increase in the next decades, this puts many species at risk of going extinct”.

The study, ‘Widespread extinction debts and colonisation credits in United States breeding bird communities’ is published in Nature Ecology and Evolution. The work is funded by the University of Glasgow and the Natural Environment Research Council.