Atlantic grey seals, the largest of the two seal species found around British, northern European and North American and Canadian shores, make a huge maternal sacrifice for their pups, new research has revealed.

A collaboration of Scottish scientists, led by the University of Glasgow along with St Andrews and Strathclyde universities, has discovered new aspects of the fast that seal mothers go through for around 20 days while nursing their pups. 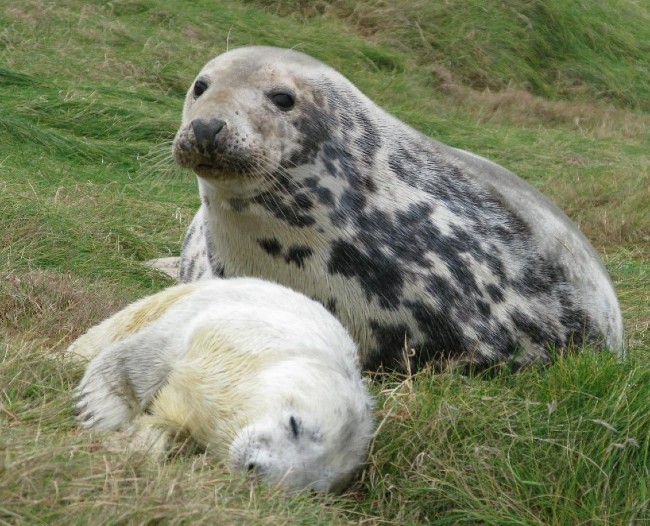 “The mothers transfer huge amounts of their own body reserves, including about one third of their own bodyweight, without feeding themselves, to nourish their rapidly-growing pups that double their weights. The mothers then leave the pups onshore and go to sea, while the pups remain on land for another month or so before they too go to sea,” explained Professor Malcolm Kennedy, Professor of Natural History at the University of Glasgow.

Professor Kennedy, who led the collaborative inquiry with the Sea Mammal Research Unit in St Andrews and the University of Strathclyde, added: “The pups have to be very well nourished in order to survive their own long fast after their mother leaves them to survive on their own. We found new evidence demonstrating the extent to which mothers sacrifice themselves to provide their pups with essential nutrients before they leave. This is significant because it shows that during the remarkably short lactations of grey seals, pups acquire substantial quantities of certain crucial nutrients to the extent that the mothers may deplete and endanger themselves. What makes mother seals stop feeding their pups and leave is not known, so what we have found could contribute to an answer.” 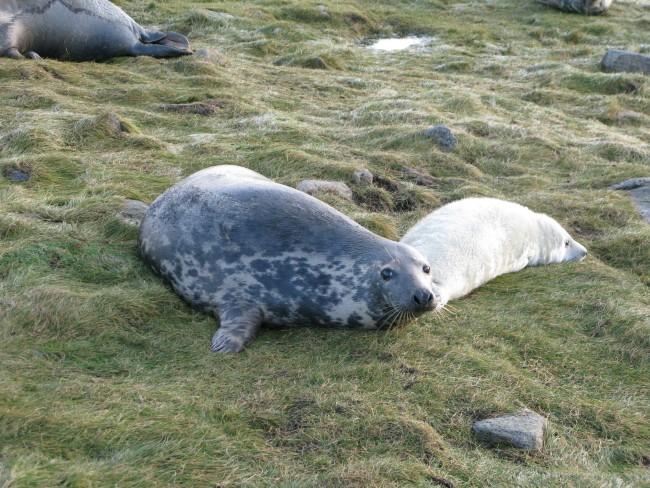 Mothers in most species of true seal enter a period of anorexia but must preserve sufficient reserves, especially blubber, to fuel hunting and keep themselves warm in cold northern seas. Meanwhile, pups, still on land, undergo a period of development after weaning, sometimes for up to forty days, during which they have no maternal care or nutrition.

The researchers examined the serum metabolomes (the host of small organic molecules involved in physiology and biochemistry) of five mother and pup pairs of grey seals from birth to weaning on the Isle of May in the Firth of Forth, Scotland. Changes with time were particularly evident in pups, with indications of strain in the fat and energy metabolisms of both. Crucially, pups accumulate certain compounds to levels that are dramatically greater than in their mothers. These include compounds that neither pups nor mothers can synthesise themselves, so must come from the mothers’ diets before they come to land to give birth.

Fasting mothers therefore appear to mediate stockpiling of critical metabolites such as amino acids and vitamins in their pups through milk so that the pups can survive and mature enough for when they go to sea. This may mean that the mothers deplete themselves, which may eventually prompt them to cease lactation and return to sea to feed and replenish so that they can survive to breed again.

The findings have been published in a paper entitled “Stockpiling by pups and self-sacrifice by their fasting mothers observed in birth to weaning serum metabolomes of Atlantic grey seals” in Scientific Reports, a Nature Research open access journal.