Results of a research collaboration called The Cost of Music between the University of Glasgow and the University of Oslo demonstrate how the economic costs of recorded music consumption have steadily fallen in recent decades while its carbon emissions costs have soared. 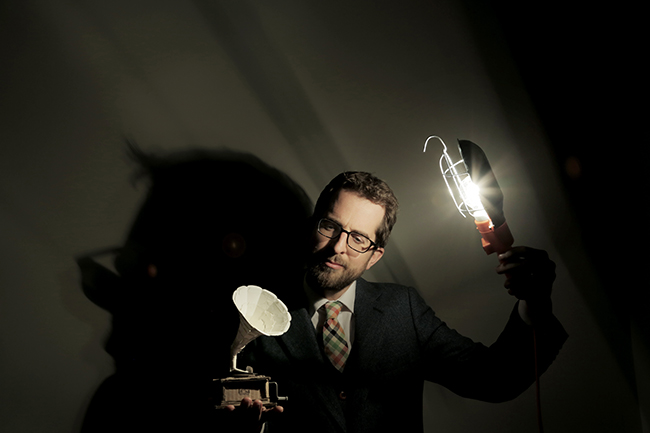 Dr Matt Brennan, a Reader in Popular Music from the University of Glasgow, led the research on the changing economic cost of recorded music, said: “The point of this research is not to tell consumers that they should not listen to music, but to gain an appreciation of the changing costs involved in our music consumption behaviour.

“We hope the findings might encourage change toward more sustainable consumption choices and services that remunerate music creators while mitigating environmental impact.”

Dr Kyle Devine, an Associate Professor in Music from the University of Oslo, led the research on the environmental cost of recording formats, said: “From a plastic pollution perspective, the good news is that overall plastic production in the recording industry has diminished since the heyday of vinyl.

“From a carbon emissions perspective, however, the transition towards streaming recorded music from internet-connected devices has resulted in significantly higher carbon emissions than at any previous point in the history of music.”

The price consumers have been willing to pay for the luxury of recorded music has changed dramatically over history. 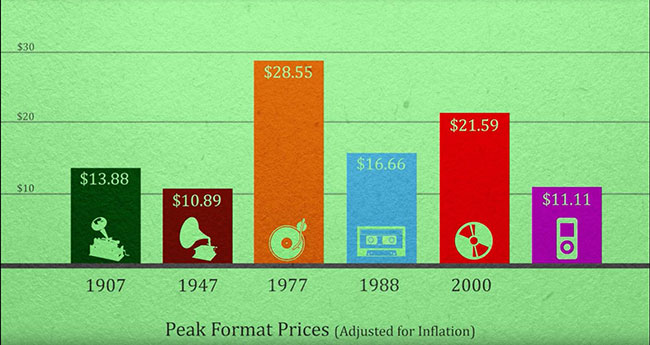 The advent of streaming over the last decade, now means for just $9.99, or just over 1% of the current average weekly salary in the USA, consumers now have unlimited access to almost all of the recorded music ever released via platforms like Spotify, Apple Music, YouTube, Pandora, and Amazon.

The research also looked at the environmental impact of the music industry in the US in terms of the plastics used and greenhouse emissions.

Dr Devine said: “These figures seem to confirm the widespread notion that music digitalised is music dematerialised. The figures may even suggest that the rises of downloading and streaming are making music more environmentally friendly. But a very different picture emerges when we think about the energy used to power online music listening. Storing and processing music online uses a tremendous amount of resources and energy – which a high impact on the environment.”

It is possible to demonstrate this by translating the production of plastics and the generation of electricity (for storing and transmitting digital audio files) into greenhouse gas equivalents (GHGs).

The research collaboration informs a multimedia art project in which researcher Dr Brennan, under the artist pseudonym Citizen Bravo, has released an album entitled “Build A Thing Of Beauty,” the sole physical copy of which exists as an interactive musical sculpture called the SCI★FI★HI★FI. The sculpture is intended to engage audiences to consider the changing costs of music over history from the Edison wax cylinder up to streaming from the cloud.

An infographic illustrating the research, along with discussions of findings and methodology, can be found here.

The research is part of a short documentary film directed by Graeme O’Hara entitled “The Cost of Music”, which will be screened at music conferences in the UK, USA, Canada, and Australia from April to June.

Dr Brennan will be giving a public lecture, album launch, and film screening discussing the research at the University of Glasgow Concert Hall on 11 April 2019. Eventbrite details are here.

Dr Devine’s book, Decomposed: The Political Ecology of Music, will be published by MIT Press in September 2019.

The research collaboration is funded in part by the Arts and Humanities Research Council. The industry partners are Chemikal Underground Records and Creative Carbon Scotland.