The health and balance of the gut microbiota is important in the progression of a bacterial infection, according to new research.

A new study, led by the University of Glasgow and published in Nature Communications, found that disease-causing bacteria were taking signals from the host’s gut microbiota in order to spread and progress the infection. 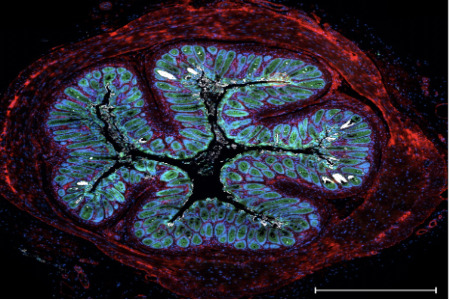 Using Citrobacter, a bacterium that infects mice and is a model for the human pathogen, E. coli, researchers were able to see that the bacteria were using signals produced from the microbiota to trigger the disease process and develop a prolonged infection.

This is the first time scientists have been able to understand the process of Citrobacter infection inside a host, rather than in laboratory settings, allowing a much greater understanding of the key role played by the gut’s microbiota in the process.

The researchers found that the bacteria used certain chemicals produced from the microbiota in order to enhance the infection and cause more severe disease.

The researchers believe their work demonstrates the importance of healthy gut nutrition, as well as the effect the microbiota has on the susceptibility to, and the progression of, bacterial infections such as E. coli.

Andrew Roe, Professor of Molecular Microbiology at the University's Institute of Infection, Immunity and Inflammation, and lead author of the study, said: “Our work focuses on understanding exactly how bacteria cause disease within animals. Through Citrobacter we have been able to show the key role played by the microbiota and how bacteria such as E. coli might use host signals to spread and increase infection.”

The paper, ‘Host-associated niche metabolism controls enteric infection through fine-tuning the regulation of type 3 secretion’ is published in Nature Communications. The work was done in collaboration with Imperial College London and as funded by the BBSRC and Wellcome.