Rabies, contracted through dog bites, currently kills an estimated 60,000 people each year, mostly in Africa and Asia with approximately 10% of deaths among children under the age of five.

However these deaths can be prevented through a post-bite vaccination of the victims known as post-exposure prophylaxis (PEP), alongside a programme of disease elimination through mass dog vaccination.

Domestic dogs are responsible for 99% of human cases of rabies. And although mass dog vaccination is required for elimination of rabies, deaths from the disease could be substantially reduced through improved and timely patient access to PEP. 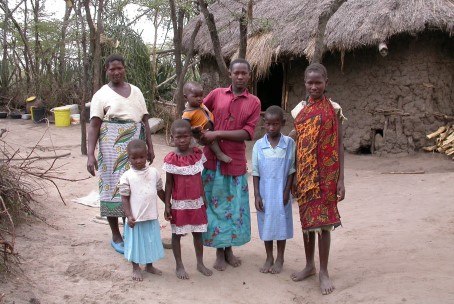 Once rabies symptoms start, the disease is inevitably fatal. Lifesaving rabies vaccines must be given immediately after a bite by a rabid dog, to be 100% effective in preventing death.

Current PEP use saves approximately 56,000 deaths annually, however it has the potential to save many more. Due to high costs and issues around supply, current  availability of PEP remains limited in many rabies-endemic countries. Access to PEP is poor in many parts of the world, particularly rural areas where most rabies cases occur. Indeed, even if bite victims get to a treatment centre and PEP is available, the cost is often unaffordable and therefore treatment is not given.

Now, new research led by the Universities of Glasgow and Cambridge published today in Lancet Infectious Diseases, has used both epidemiological and economic modelling to highlight the life-saving potential of investment in PEP by Gavi, the Vaccine Alliance.

The researchers predict that more than 1 million deaths will occur in the 67 rabies-endemic countries studied from 2020-2035, under the current status quo. However, if there was investment in PEP, and access to the vaccines for patients was expanded and provided free of charge, the researchers estimate an additional 489,000 deaths could be prevented between 2020 and 2035.

Dr Katie Hampson, from the University of Glasgow, said: "Rabies vaccines are the only way to be sure of preventing rabies following a bite by a rabid dog. It is appalling that so many families struggle to obtain these vaccines, because they are so expensive and are often not stocked or out of stock in local hospitals. When you calculate how many deaths could be avoided, the numbers are shocking.

"With changes in how vaccines are procured and administered, access could be improved so that patients can access the vaccine free of charge, and many more bite patients could be treated in these emergency situations. Although the overall volume of vaccine used would not change very much, an investment from Gavi would be needed, otherwise these costs continue to fall to the poorest patients and the cycle of poor access continues.”

The study also highlights that scaling up dog vaccination programmes over the same time period could eliminate dog-contracted rabies by 2035.

Dr Caroline Trotter, University of Cambridge, said: “With such effective vaccines, there is a huge opportunity to save lives by increasing access to rabies PEP. The Rabies Modelling Consortium worked hard to gather the available data and build a consensus on the modelling approach to provide the best possible evidence to inform investment decisions.”

A global framework to reach zero human deaths from dog-mediated rabies by 2030 was developed by WHO and partners in 2015. A strategic plan covering human and animal vaccine demand was developed for the implementation of this framework and  in 2016, WHO established a Strategic Advisory Group of Experts (SAGE) Working Group aiming to increase the public health impact of rabies biologics through practical and feasible recommendations.

Dr Bernadette Abela-Ridder, WHO Team leader on Neglected Zoonotic Diseases, added: “WHO is supporting countries to develop their rabies programme and implement this new cost-, time- and dose-saving policy which will be one key component to driving change in achieving zero rabies deaths by 2030.”

The paper, ‘The potential effect of improved provision of rabies post-exposure prophylaxis in Gavi-eligible countries: a modelling study’ is published in Lancet Infectious Diseases. The work was funded by the World Health Organization. Katie Hampson is supported by Wellcome.

This is Mwita and his children Ghati, Juliana, Charles, Enock. They are from a small village called Morotonga in Northwest Tanzania (Mara region) close to Lake Victoria. In November 2006, the family’s three-month-old puppy developed signs of rabies. The puppy had been bitten the previous month by an unknown dog that had come to their house.

The puppy bit all four children in the household (the youngest was just three years old and the oldest was 14 years), as well as the father. Initially, the family thought the puppy was just being playful; but they realised it was definitely rabid when it became increasingly sick and aggressive over the course of the day.

At that time, there was only enough vaccine at the nearest hospital for one child, costing roughly $10 for each dose (each child requires five doses). The father was facing the prospect of which child he would vaccinate and whether he could afford to take the rest of the family to another hospital, which was an eight-hour bus ride away, to look for more doses.

Fortunately, the local hospital had already requested more vaccine from the Ministry of Health the previous month as they had been facing shortages. Enough vials were delivered to the local hospital the following day to allow the rest of the children to be vaccinated.

Mwita sold one of his cows to cover the costs of all the vaccines needed for his children.

Dr Katie Hampson said: “Unfortunately, this kind of tragic dilemma is all too common in countries where rabies is prevalent. The vaccines are very expensive and some families may not be able to afford vaccine or may struggle to raise funds resulting in dangerous delays. This is why we continue to see entirely preventable deaths. An investment could make these lifesaving vaccines affordable and accessible to those in urgent need.”