Scientists have discovered a fish species which significantly evolved and expanded its ecological toolset, after an effort was made to reduce pollution in its ecosystem. 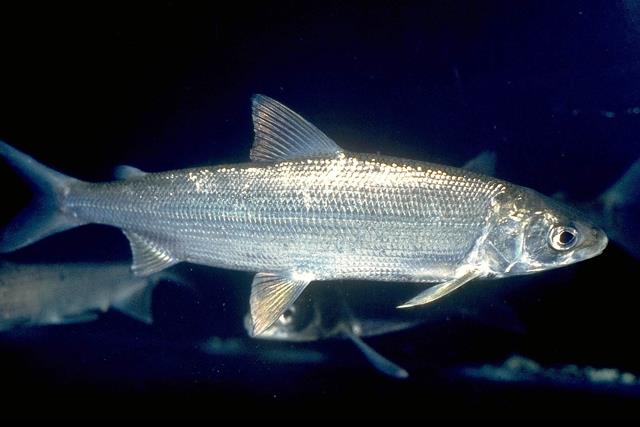 The study, led by the University of Glasgow and the University of Konstanz and published in Nature Ecology and Evolution, found that the gangfisch – a European whitefish subspecies – expanded its genetic diversity after habitat loss and hybridization with other whitefish subspecies during eutrophication. This genetic mixing contributed to contemporary expansion of its ecological diversity after ecosystem recovery.

Eutrophication is a well-known water pollution problem caused by excess nutrient input from human activities, and it is recognised that such environmental degradation can result in dramatic losses of species and diversity. However, very little is known about if and how biodiversity can recover following ecosystem restoration.

By studying the gangfisch’s evolution in central Europe’s Lake Constance, scientists have been able to contribute to our understanding of how biodiversity can recover after an attempt is made to clean up an ecosystem.

Like many freshwater lakes, Lake Constance, one of the largest lakes in Europe, suffered from extreme eutrophication caused by high levels of nutrient pollution from agriculture and sewage during the mid-20th century. The consequent impact on water quality caused the collapse of natural habitats and resulted in the extinction of two of its five endemic whitefish subspecies.

But a concerted effort since the 1980s to reduce pollution enabled Lake Constance to revert rapidly to its pristine state.

In this study, the scientists studied the functional phenotypic and genomic diversity of whitefish in the lake to demonstrate the ability of biodiversity to re-emerge following such an ecosystem restoration.

The researchers found that, after the recovery of the ecosystem in Lake Constance, the gangfisch rapidly increased the range of its functional traits, namely its gill rakers, which are bony structures used by fish to filter feed plankton out of the water.

Dr Kathryn Elmer, from the University’s Institute of Biodiversity, Animal Health and Comparative Medicine, said; “We wanted to study biodiversity recovery after ecosystem remediation. What we found in our study was that the gangfisch evolved a greater range of gill raker number, to utilise a broader ecological position, than they did before the damage to its ecosystem. This happened in fewer than 10 generations and is amongst the fastest rates of evolution recorded in any animal system.

“While it’s an exciting discovery, this new diversity found in gangfisch is just within one species and does not replace the permanent loss of species caused by eutrophication”.

Dr Jasminca Behrmann-Godel from the Limnological Institute of the University of Konstanz adds; “Our findings demonstrate the potential of functional diversity to re-emerge rapidly following habitat restoration – and ecosystem remediation undoubtedly has almost immediate benefits for biodiversity – however this potential for recovery is likely contingent on the underlying genetics of the relevant traits, ecological context, and evolutionary history.”

The paper, ‘Rapid niche expansion by selection on functional genomic variation after ecosystem recovery’ is published in Nature Ecology and Evolution. The work was funded by Marie Curie CIG, the BBSRC, ERASMUS+, the Fisheries Society of the British Isles, and AFF from the University of Konstanz.