Joint parenting may produce stronger offspring in the animal world 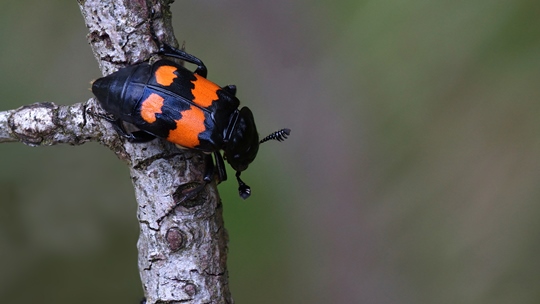 Our study found that biparenting produced offspring which grew better and had a higher survival rate than offspring reared by a single male or female parent.

Biparental care occurs when parents cooperate to provide care for their offspring. This type of care is observed in many species across the animal kingdom including in birds, fishes, insects and mammals.

However when working together, parents usually withhold the amount of care they provide to shift as much of the workload as possible to their partner. This conflict between parents has previously been shown to be detrimental for the young.

In this study the researchers sought to answer an important evolutionary question that has so far remained unanswered: are offspring better off with two parents working together or a single parent working alone?

To do this, the researchers studied burying beetles, which in the wild use either biparental care, female or male only care for their offspring. The study compared the survival and growth of the young when they were reared by one or both of their parents. Single parents were given half as many young as the pairs.

Dr Natalie Pilakouta from the University’s Institute of Biodiversity, Animal Health and Comparative Medicine, said: “We have shown that offspring grow better and are more likely to survive if they are reared by both parents. This might help explain why biparental care has evolved in so many species across the animal kingdom.”

In general, biparental care is expected to evolve when it increases the fitness of offspring to such an extent that it outweighs the loss of mating with a new partner.

The study, ‘Biparental care is more than the sum of its parts: experimental evidence for synergistic effects on offspring fitness, is published in Proceedings B.