A new study co-authored by Daniel Streiker, from the Institute of Biodiversity, Animal Health and Comparative Medicine, and led by researchers from Natural History Museum of Denmark, University of Copenhagen, describes a new DNA method to efficiently screen many vampire bat blood meal and faecal samples with a high success rate and thereby determine which animals the vampire bats have fed on blood from.

Furthermore, the authors show that the technique can be used to simultaneously assess the vampire bat’s population structure. 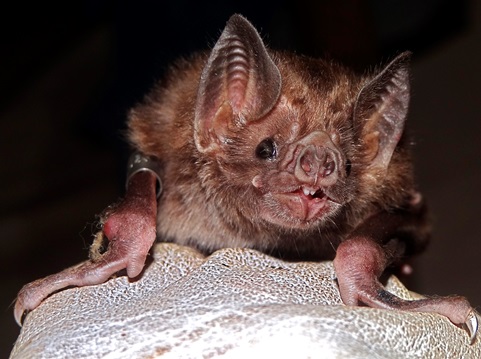 The vampire bat diet consists of blood, which it gets by biting animals and lapping up their blood. The vampire bat prefers to feed on domestic animals such as cows and pigs. When it does so, there is a risk of transmission of pathogens such as rabies.

When the sun sets in South and Central America, the vampire bats wake up and fly out in search of animals that can provide vital food, blood. When the vampire bat bites there is a risk of transmission of diseases such as rabies. In order to control rabies transmitted by vampire bats, it is crucial to have a method that allows large-scale assessment of which animals the vampire bats feed from.

This new study shows that the so-called DNA metabarcoding technique can do just that.

Assistant Professor Kristine Bohmann from the Natural History Museum of Denmark, University of Copenhagen, said: "Based on our study, in the future DNA metabarcoding can be used to empower projections of vampire bat related transmission risks, and this can be used to develop strategies to prevent exposure of rabies to humans and animals."

UofG's Dr Daniel Streicker added: "Vampire bats are an incredibly adaptable species in terms of what animals they can feed on and where they can live. As they spread into new areas due to changes in climate and land use, DNA can now tell us which animals will be at risk for rabies, opening up the possibility for more targeted vaccination and surveillance campaigns."

The researchers analysed vampire bat blood meal and faecal samples collected in Peru, more specifically along the coast, in the Andes and in the Amazon. In diet studies, the DNA metabarcoding technique is normally only used to assess diet, but in this study the researchers go one step further and show for the first time that the technique can also give insights into the vampire bat’s population structure.

These ‘free of charge’ data can help researchers understand how the landscape influences the connectivity of vampire bat populations, which could influence the spread of pathogens like rabies.

Prof Bohmann added: "In this study, we show for the first time that it is possible to use DNA metabarcoding to generate data on both diet and the predator’s population structure. And we more or less get this additional information for free because the vampire bat’s DNA is found in the DNA that we extract from blood meal and faecal samples."

This new method to simultaneously screen many vampire bat samples for both diet and population structure is of value to future studies on vampire bat biology and for assessment of vampire bat related pathogen transmission risks. It is also of value for diet studies of other animals that can benefit from the possibility of obtaining added information.

The scientific article has just been published in the journal Molecular Ecology Resources.