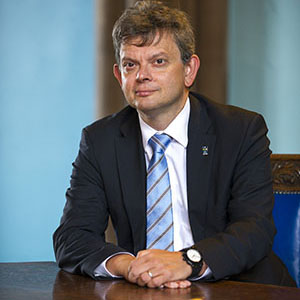 Professor Anton Muscatelli, the Principal and Vice Chancellor of the University of Glasgow has been awarded a knighthood in this year’s Birthday Honours.

Musician, Glasgow graduate and former Young Alumnus of the Year Emeli Sande is awarded an MBE for services to the music industry.‌

Professor Muscatelli said, ‘I’m absolutely delighted to receive this honour. But this is, of course, an award for the whole of the University of Glasgow as much as it for me. It is a privilege to lead the University of Glasgow at this exciting time, especially since this was the place where I chose to study and where I began my academic career as an economist, particularly at a time when the University of Glasgow is embarking on our biggest project of development in more than a century as we develop our campus to provide world class facilities for our students and staff.

'I am also pleased, and proud, as someone who came to the UK from abroad and who believes that science and knowledge transcends national boundaries and borders that this honour has been bestowed upon me’

Professor Muscatelli who was born in Bari, Italy and has both Italian and British citizenship has been Principal and Vice-Chancellor of the University of Glasgow since 1 October 2009. From 2007-2009 he was Principal and Vice-Chancellor of Heriot-Watt University.  Prior to 2007 he held various roles at the University of Glasgow including Vice Principal - Strategy, Budgeting and Advancement (2004-07); Daniel Jack Professor of Political Economy (1994-2007); and Professor and Lecturer, Department of Economics (1984-94). 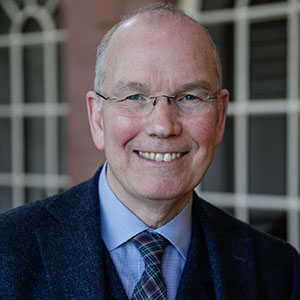 David Clark is Professor of Medical Sociology at the University of Glasgow, School of Interdisciplinary Studies in Dumfries and leads the Glasgow End of Life Studies Group.

Professor Clark said of his OBE, ‘I am honoured to receive this award which pays tribute to the work of so many people who are seeking to enhance educational opportunities in Dumfries and Galloway. It is also a great boost to the diverse global community in which I work that is focussed on improving the provision of palliative and end of life care, worldwide’.

He founded the International Observatory on End of Life Care at Lancaster University in 2003 and has wide ranging interests in the history and global development of palliative care.

He has a particular knowledge of the life and work of Dame Cicely Saunders, has edited her letters and selected publications and is now working on a new biography, to be published in 2018 on the centenary of her birth.  He recently completed a monograph on the history of palliative medicine from the nineteenth century, entitled To Comfort Always, published by Oxford University Press.

In 2015 he served the Scottish Government as Consulting Editor to its Strategic Framework for Action in Palliative and End of Life Care and assisted the Scottish Parliament in its enquiry We Need to Talk about Palliative Care.

"The University of Rwanda is a remarkable community of staff and students who are creating an institution that is gaining recognition and esteem around the world. This award is one example of the wonderful cooperation between Glasgow and other leading Scottish universities and the University of Rwanda."

Professor Brenda Gibson is honoured with an OBE for services to child healthcare. Professor Gibson is honoary clinical senior lecturer in the school of Medicine, Dentistry and Nursing and Honorary Professor on Paediatric Haematology in the Institute of Cancer Sciences.

To request interviews with any of those who have been honoured please contact Peter Aitchison, Director of Communications and Public Affairs peter.aitchison@glasgow.ac.uk 07766 111244