The University of Glasgow has once again been awarded the Athena SWAN Institutional Bronze Award, at the same time as receiving six other school and institute awards from the Equality Challenge Unit (ECU). 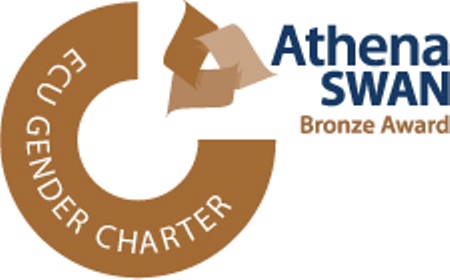 The Athena SWAN awards, managed by the ECU, recognise commitment to tackling gender inequality in higher education. The University of Glasgow has now held an Institutional Bronze Award since 2013.

One institute and one school in the university were successful in their Athena SWAN Silver award applications. The Institute of Biodiversity, Animal Health and Comparative Medicine received an upgrade to a Silver award while the School of Physics and Astronomy had their Silver Award renewed.

Professor Anderson said: “I am delighted that the University of Glasgow’s Athena SWAN Institutional Bronze Award has been renewed, and that the university has a 100% success rate in its entries in this round of Athena SWAN awards.

“The university is committed to ensure the fair treatment of all staff and students. We are determined in our commitment to advance the careers and studies of women in higher education and research as well as professional and supporting staff.”

Acknowledging this achievement, Professor Dame Anna Dominiczak, Vice-Principal and Head of the College of MVLS, said “I am immensely proud of this achievement.  These awards require a huge amount of work and dedication from our School and Institute Self-Assessment Panels but the outcomes are very important to the College, and more generally to the sector as we work towards the achievement of an equitable experience for women in academia and our professional services.”

Professor Muffy Calder, Vice Principal & Head of College of Science & Engineering, added: “I am sure I speak for everyone at the College of Science and Engineering when I say I’m extremely pleased and proud of this achievement, as we strive, not just as a college but as a university, to advance the progression and equality of all staff and students within the university, regardless of race or gender.”