Handwritten original research documents relating to the first known identification of the Zika virus have been uncovered at the University of Glasgow’s Archive.

The papers, which include hand-drawn graphs, annotated mosquito catch tables and slides depicting the forests in Uganda, where the virus was originally found, previously belonged to Professor Alexander Haddow – a key member of the investigative team who originally discovered the Zika virus.

The find, hailed as one of the most exciting discoveries in the university’s archives, has revealed details of the first time researchers found the Zika virus in mosquitos.

The Alexander Haddow Zika Collection includes:
• Handwritten graphs and papers, which detail the mosquito catches relating to Zika and other mosquito-borne viruses. The hand written notes and statistics on the first ever catch of mosquitos carrying Zika virus is among the collection.
• Slides and images of the forests in Uganda, where the virus was originally found. Includes images of Professor Haddow in the forest under “Haddow’s Tower”, the man-made structure he and the team of scientists at what is now called the Uganda Virus Research Institute in Entebbe, Uganda, used to capture mosquito data.
• Journals and publications describing his research, including Annual Reports from the Yellow Fever Institute which details the discovery of the Zika virus in a monkey.
• Images of monkeys drawn by Professor Haddow, which are part of the Hunterian Museum collections, are displayed in the University of Glasgow’s Graham Kerr building.
• Annotated documents and records, including Professor Haddow’s handwritten research data collected in the Zika Forest in the 1940s and 1960s. 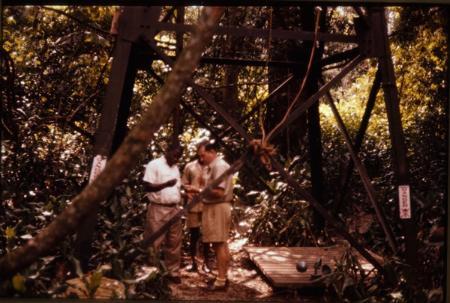 Professor Haddow donated the contents of his own personal archive, which also includes papers on yellow fever and his own sketches on Scottish art motifs along with papers relating to his study of traditional Scottish Music, to the university at the end of his life.

Eleanor Tiplady, who is carrying out a three month internship during her Immunology PhD supported by the BBSRC (Biotechnology and Biological Sciences Research Council) in order to study the Haddow archives, said: “We have been amazed by the caliber and volume of material we have found in the Haddow archive”.

“His work for the Yellow Fever Research Institute led him to study many viruses, including Zika. It’s been particularly interesting to read work on Zika – which he doesn’t view as a particular threat at that time.”

Today the University of Glasgow continues to undertake significant research into the Zika outbreak, including studying the virus, working on vaccines and examining the links between Zika and Guillain-Barre syndrome.

The Haddow Zika collection will now be the basis of a panel discussion during the Glasgow Science Festival, called ‘Zika Virus: Present, Past & Future’. The event, which will include a panel of three speakers including Haddow Archive specialist Eleanor Tiplady and Zika researcher Dr Claire Donald, will take place on 15 June. There will also be a pop-up display of original Zika documents.

Moira Rankin, senior archivist, said: “This is one of the most exciting discoveries we have made in the archive. We always knew we had some of Alexander Haddow’s materials, but we didn’t realise the amount of Zika related content that was in there.

“It’s been a particularly interesting and important find given the university’s current involvement in Zika virus research. This Zika collection find really brings to light how involved the University of Glasgow has been in Zika work from the beginning.” 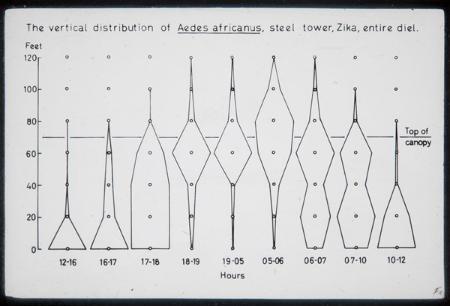 Haddow studied Zoology at the University, graduating BSc with first class honours in 1934 and obtaining a Strang-Steel Scholarship. He graduated MB, ChB in 1938 and worked as a junior research fellow for three years before going to Africa as an entomologist at the Yellow Fever Research Institute in Entebbe, Uganda. Haddow also graduated from the University DSc in 1957, with the thesis: ‘Studies on the natural history of yellow fever in East Africa, with notes on other insect-borne infections’ and with an MD in 1961, with the thesis: ‘Circadian rhythms in the biting diptera: a factor in the transmission of insect-borne disease’. He was Director of the Institute from 1953 to 1965 and was awarded a CMG for his work there in 1959.

Haddow returned to Glasgow in 1965 as Senior Lecturer in Epidemiology and Director of the Cancer Registration Bureau for the West of Scotland. He was appointed titular Professor of Tropical Medicine in 1970, the year before his appointment to the Chair of Administrative Medicine.

‘Zika Virus: Present, Past & Future’ will take place in the Sir Charles Wilson Building at the University of Glasgow on 15 June at 6:30pm. The event is free. For more information visit http://www.gla.ac.uk/events/sciencefestival/eventsandprojects/glasgowsciencefestival/adult/headline_460973_en.html