Out of the mouths of babes: Researchers go straight to the source to understand the lives of children

Researchers have taken the unusual step of gathering information first-hand from seven-year-old children to get a better understanding of what makes young children feel good about their lives. 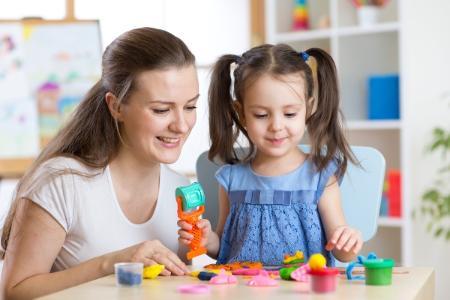 The study, by researchers from the MRC/CSO Social and Public Health Sciences Unit, University of Glasgow, focused on three aspects of childhood well-being: whether the child had supportive friends, how much they liked school and their overall life satisfaction.

The research demonstrates the extent to which early childhood and parenting could predict a seven-year-old child’s own feelings of well-being, relying for the first time on answers from the children, rather than adult-reported information.

The interesting results showed broad agreement between the children’s own views of well-being and information supplied by mothers – who were interviewed as the child’s main carer – giving validity to the answers of the children.

By using a short, computer-assisted questionnaire, seven-year-olds used headphones and followed on-screen prompts to answer the questions privately. The data was then compared with a similar analysis using reports from mothers on their child’s peer relationship problems, school adjustment and emotional issues.

The study was able to link children’s feelings of well-being to information previously gathered from their parents, in order to consider the impact of early childhood family risk factors – poverty, presence of a father, poor maternal mental health and low maternal education – as well as aspects of home location, including area deprivation, rurality and remote location. It also considered the impact of parenting.

Dr Alison Parkes, lead author of the study, said: “We found that the quality of parenting was predictive of children’s later well-being. In particular, dysfunctional parenting – high parenting stress, low organisation and parent-child conflict – was associated with the 7-year-old having less supportive friendships, liking school less and having lower life satisfaction. Dysfunctional parenting was linked to poor maternal mental health.”

Poverty was found to negatively impact the quality of supportive friendships in a child’s life; whilst living in a remote location in Scotland had a negative impact on all outcomes assessed, regardless of other factors.

Children who experienced home learning, such as reading books, tended to like school more and had greater life satisfaction.

Dr Parkes added: “The results underline benefits for children of targeting parental mental health and dysfunctional parenting, as well as the importance of helping parents develop skills to support children at home and school.”

The data was collected from around 2,800 families as part of the Growing Up in Scotland study, age 7 being the first time information was gathered directly from children themselves (other than height/weight measurements and cognitive tests).

‘What shapes seven-year-olds’ subjective well-being? Prospective analysis of early childhood and parenting using the Growing Up in Scotland Study’ is published in Social Psychiatry and Psychiatric Epidemiology.

The study was funded by the Medical Research Council and the Scottish Government Chief Scientist Office.