The University of Glasgow is awarding 22 honorary doctorates this summer in recognition of achievements and contributions across a range of backgrounds, including law, sport, science and charity. 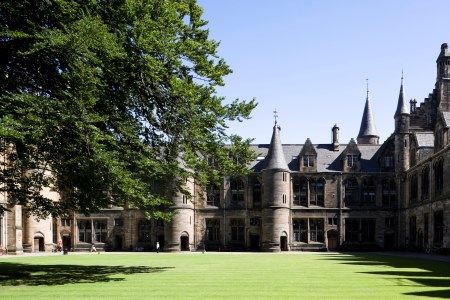 Among those accepting honorary degrees on Commemoration Day – June 15 - will be Judy Murray, honoured for her contribution to tennis at both grassroots and professional level; Lesley Thomson QC, former Solicitor General for Scotland – only the second woman to hold that position; Phil Smith, Chief Executive, UK and Ireland, of Cisco International Ltd for his contribution to the Information and Communications Technology industry and his role in inspiring young people from all backgrounds to take up technology careers.

Two joint degrees are being awarded: to Malcolm and Margaret Howat, whose Howat Foundation has supported some of the most significant cancer research breakthroughs made at the University and whose philanthropic work extends into many other areas; and Alastair Kellock and Gregor Townsend, Club Captain and Head Coach respectively of Glasgow Warriors for their contribution to rugby and community engagement. Former Scotland rugby player and BBC broadcaster John Beattie also becomes a Doctor of the University.

Professor Jim Hough of the University’s School of Science and Engineering, whose lifelong quest to discover gravitational waves was fulfilled last year, becomes a DSc in tribute to his outstanding contribution to one of the most significant scientific discoveries of the century.

The new awards are in addition to a Doctor of Letters (DLitt) degree conferred posthumously upon the Scottish writer William McIlvanney in April this year.

Principal and Vice-Chancellor Professor Anton Muscatelli said: “It is a privilege and honour for the University to confer honorary degrees on such outstanding men and women. From our part in the discovery of gravitational waves, which the world celebrated in February, to achievements in sport and charitable ventures, to name but a few, we can truly be proud of the inspiring people around us.”

Lord Sandy TREES – 1 July 2016 11am
Professor of Veterinary Parasitology, University of London
and a Crossbench member of the House of Lords