Professor Jane Duckett, Edward Caird Chair of Politics, International Dean (East Asia), and Director of the Scottish Centre for China Research at the University of Glasgow, has been elected a Fellow of the British Academy. 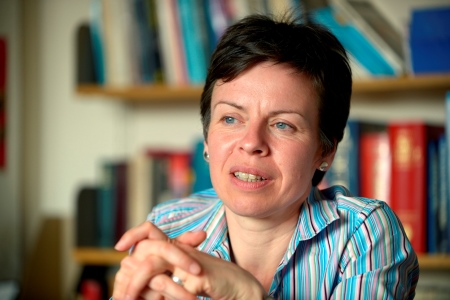 She is one of 42 distinguished UK academics to have been elected at the annual general meeting of the British Academy along with 20 new Corresponding Fellows from overseas universities in the US, Australia, Spain and Germany.
Four Honorary Fellows were also elected:

Professor Duckett commented: “For social scientists this is the highest scholarly accolade, but it is also an opportunity to serve the community of scholars in humanities and the social sciences and I look forward to that.”

Professor Duckett's research is in the field of contemporary Chinese politics and government. Her recent focus has been on the politics of China’s social policy making and implementation. She argues through studies across a range of social policies (on local social welfare financing, health insurance, poverty and unemployment), that the politics behind them and their enormous redistributive consequences make them central to the Chinese state’s marketising project.

Her publications include several major books: The Entrepreneurial State in China (1988), The Open Economy and its Enemies (with Bill Miller, 2006), China’s Changing Welfare Mix (with Beatriz Carrillo, 2011), and The Chinese State’s Retreat from Health (2011). She has also published papers in journals such as The China Quarterly, Pacific Review, Health Policy and Planning.

Her research has been funded by the Leverhulme Trust, British Council and the European Commission. Her current projects examine policies to extend health and social policies in China. She is also involved in an ESRC-funded project that examines processes of urbanisation in three large Chinese cities and assesses their impacts on the provision of public services.

Professor Duckett is also Guest Professor at Nankai University in Tianjin, China. In 2014 she was elected President of the British Association for Chinese Studies.

Professor Sir David Cannadine is to be the British Academy’s 30th President. He will take up office in July 2017 for a four-year term, succeeding Lord Nicholas Stern.

Professor Cannadine said: "In more ways than one, these are challenging times, for the Academy, the people it represents and the values it embodies. The current climate of opinion seems ever more hostile to academic excellence, intellectual distinction and evidence-based research, and to humane tolerance and liberal internationalism. These are the essential verities and transcendent truths that the Academy was established to recognize and promote, and during my presidency I am determined to do all I can to proclaim, safeguard and reaffirm them.

“In the current political and economic climate this will not be an easy task, and I hope I may count on the support of the Academy's benefactors, Fellows and staff: truly, we are all in this together, and there is a great deal of urgent and important work to do."