Saliva gives a clue to the risk of mortality

Lower level of antibodies in saliva is associated with of an elevated risk of mortality, and could be an early indicator of risk, a new study has found. 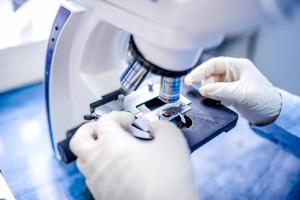 There was a negative association between IgA secretion rate and all-cause mortality. Further analysis of specific causes of mortality revealed that the all-cause association was due to an underlying association with cancer mortality and, in particular with non-lung cancers.

The team believe that as it appears to be a marker of mortality risk, and is much less invasive than blood sampling, saliva sampling to determine IgA secretion rate has the potential to be used as an indicator of overall health by professionals as part of a general check-up.

639 adults, from the eldest cohort of the West of Scotland Twenty-07 Study took part in the study. Participants, aged 63 years old at the time of saliva sampling in 1995, had their IgA secretion rate measured and the mortality rate was tracked over the following 19 years.

Dr Anna Phillips, from the University of Birmingham, explained: “There are a number of factors that can affect how well we produce antibodies and maintain their levels. There are some that we have no control over, such as age, heritability or illness, but our general state of health can also affect their levels; stress, diet, exercise, alcohol and smoking can all influence those levels.”

“Quite how saliva samples could be used in check-ups remains to be seen, as we need to better understand what secretion rate would be considered cause for concern – what we call the protective level. We could certainly say that, if found to be extremely low, it would be a useful early indicator of risk.”

Geoff Der, a statistician from the MRC/CSO Social and Public Health Sciences Unit, added: “There may also be differences between men and women. We have to be cautious about this because of the small numbers involved, but it does look like the association is stronger in men.”

The team believe that the next step would be to follow up with a larger longitudinal study, to investigate the link with infectious diseases and the development progression of disease like cancer to provide a greater understanding of the mechanisms behind the association found in the study.

The research was funded by the Medical Research Council.