A study of adolescents’ drinking habits between the ages of 11 to 17 has found that the heaviest consumers of alcohol were teenagers who were under the lowest levels of parental control, and who were also the most secretive about their drinking.‌ 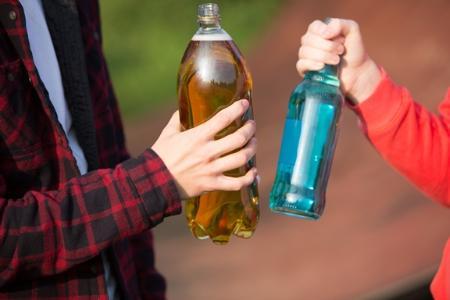 Dr Mark McCann of the MRC/CSO Social and Public Health Sciences Unit at the University of Glasgow led the study, which is published today, working with researchers from Queen’s University Belfast. They analysed data from 4,937 teenagers from the Belfast Youth Development Study – a longitudinal study of adolescent substance use carried out between 2000 and 2011.

“The study demonstrates the association between parental monitoring and adolescent alcohol use,” said Dr McCann.

“Considering the developmental and social differences with age, there was surprisingly little evidence for differences in younger or older adolescents. There is a general shift in the importance of family and peers from childhood to adolescence, but our results suggest the role of parents in determining alcohol behaviour is consistently important,” he added.

Dr McCann said the study suggested that the determining factor was not so much the quality of the relationship between parent and child, but the level of control exercised by parents.

“Why that should be is a bit of a puzzle. However, we are hypothesising that while emotional support and closeness are important for ensuring mental wellbeing, when it comes to health behaviours like alcohol use, parental rules may have more of an influence over factors outside the home such as peer influences and social media,” he added.

“The UK’s Chief Medical Officers recently published alcohol guidelines warning that drinking alcohol heightens the risk of several diseases, including cancer, and all families need to be more aware of the long-term influences on physical and mental health, and not just the risk of alcohol dependence,” said Dr McCann.

He added: “Given that adolescence is often a critical period for the beginning of alcohol use, and that alcohol harms are not confined to children from so-called ‘problem’ families, support for adolescent parenting – rather than alcohol awareness for parents – may be a more beneficial target for public policy aimed at young people’s health behaviour.”