The threat facing ancient archaeological sites in areas of conflict, as well as on-going archaeological work, in the Middle East will be discussed at a major international conference at the University of Glasgow today.

Archaeologists from around the world will converge on the University of Glasgow for the three-day BANEA 2017 conference (January 4-6) to discuss the international response to preserve and protect cultural heritage and historical sites and to present the newest research results.

With several key archaeological sites in Syria and Iraq currently under threat, or having already suffered from the effects of war, a central concern for archaeologists internationally is how to monitor vulnerable sites and to protect them from further damage and looting.

Dr Claudia Glatz, a senior lecturer in Archaeology at the University of Glasgow, who is organising the international conference, has worked extensively on a project in the North East of Iraq. 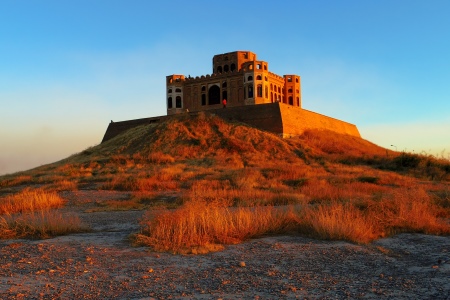 Dr Glatz co-directs the Sirwan Regional Project with Professor Jesse Casana, of Dartmouth College, USA, and works in collaboration with the local Kurdish Directorate of Antiquities based at Kalar.

The Sirwan (Kurdish) or Diyala (Arabic) River is an important communication and transport corridor, connecting the Sharezor high-plateau with southern Mesopotamia. It runs along the Iraq-Iran border and is cross-cut by the Khorasan Highway, a branch of the later Silk Routes, leading into the Iranian highlands.

The importance of these routes is illustrated by the presence of numerous third and second millennium BC rock monuments and inscriptions, as well as by a large number of Parthian, Sasanian, and medieval forts. During the Iraq-Iran war, many of the region’s archaeological sites were fortified as military outposts by the Saddam regime, and severely damaged as a result. 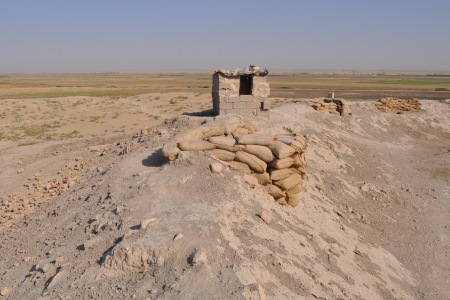 The Sirwan Regional Project has identified over 600 likely archaeological sites to date using satellite imagery and investigated around 200 more intensively on the ground. The sites range in date from the earliest farming communities (Neolithic) to the modern period.

Dr Glatz and Professor Casana are currently excavating a Late Bronze Age (Kassite-period, c. 1450-1150 BC) monumental complex at the site of Khani Masi, located to the south of the modern town of Kalar.

“The Kurdish region of Iraq was largely inaccessible to international archaeological research during the Saddam era, although our Iraqi colleagues had been conducting surveys and excavations in that period,” Dr Glatz explains.

“There is evidence of looting on some of the sites we work on but it is minor compared to what is going on in Syria and other parts of Iraq. Some of those very important sites such as Dura-Europos and Hatra have seen systematic looting and destruction, which results in characteristic pock-marking of sites with one looting hole next to another. That is organised looting which goes far beyond a few villagers. Monitoring of looting such as that by my colleague, Casana, seems to show that such systematic digging is often related to the military moving into an area, so they are either turning a blind eye to it or they are actively involved.” 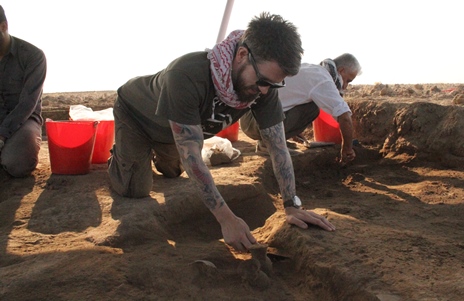 But there are also other pressures apart from war and conflict, which are facing the more stable areas of the Middle East, as Dr Glatz explains: “At the moment the biggest danger to archaeological heritage in the North East Iraq region that we are working in is economic development, construction work and the clearing of archaeological sites to create more agricultural land. These are the main issues at our sites for heritage protection.

“As archaeologists we are trying to safeguard as much as we can the historical, archaeological and cultural heritage of the region. There are a number of international projects monitoring looting and destruction using modern technologies such as satellite imagery. Other projects rely on social media analysis and local informants to understand what is being destroyed.” Other projects monitor the international antiquities market.

By contributing to the preservation of the region’s cultural heritage, archaeologists are helping to safeguard local communities’ post-war futures: their cultural identities and economic recovery, especially through the tourism that important historical sites and museums will be able to attract.