Scientists and industry leaders are embarking on a new project to build an artificial salmon gut with a view to better understanding fish digestion. This important and complex information will arm the fish farming industry with a sustainable response to increasing global demand for high quality farmed fish.

Led by scientists at the University of Glasgow, the three-year project, named SalmoSim will work in collaboration with The Marine Institute and University College Cork (Ireland), Nofima (Norway), Alltech and Marine Harvest. 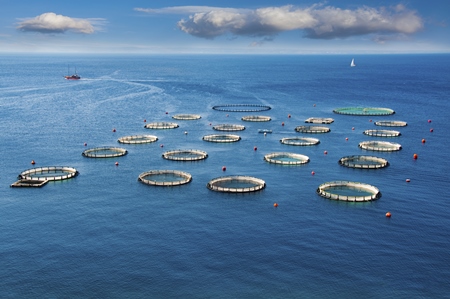 SalmoSim’s aim is to better understand the link between gut microbiota and the development and digestion of salmon. Gut microbiota, the bacteria that colonise the intestine, are known to play a vital role in digestion and nutrient absorption across a wide variety of different organisms. Understanding how these microbes can facilitate the efficient absorption of novel feeds in salmon is of vital importance.

Salmon farming and aquaculture is of increasing significance, both in terms of economics and food sustainability. In Scotland, Atlantic salmon is now the number one food export. Nearly 180,000 tonnes of farmed Atlantic salmon was produced in 2014 alone and the sector provides employment for an estimated 7,000 people. Scottish Government and industry leaders anticipate as much as a 30% increase in production by 2020.

As with all industries, sustainable salmon farming must be accompanied by scientific innovation if it is to succeed. One of the major challenges over the next decade will be a reduction in wild feedstock availability. Less wild fish as feedstock will cause a drop in the levels of omega-3 fatty acids found in salmon thereby causing a drop in the marketable quality of the fish.

Dr Martin Llewellyn, from the University of Glasgow’s School of Life Sciences, said: “The experimental gut system, once established, will represent a powerful tool for carrying out basic and applied research into fish digestion. We’re really excited that it will be based here at Glasgow”

The initial project will run for just over three years. However, the tool that will be established should be a valuable test-bed for novel feeds and feed formulations for many years to come, safeguarding the sustainability and quality of Scottish Farmed Atlantic Salmon.