Students give Shakespeare a contemporary twist

Students from The University of Glasgow, The Glasgow School of Art and the Royal Conservatoire of Scotland have joined forces with the musicians of the BBC Scottish Symphony Orchestra to create Dream On!, inspired by A Midsummer Night’s Dream, in celebration of the 400th anniversary of Shakespeare's death. 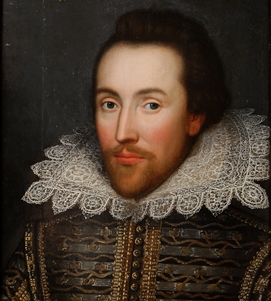 Over the last six months hundreds of young performers, composers, dancers, designers, film makers, sound and light designers and technicians, dramaturgs and professional musicians have worked together to create all aspects of the production from the music and performance to garments and other wearables, digital and interaction design elements on the main stage, and the brand identity.

Dream On! will take place on the evening of Saturday 23 April 2016 in the magnificent setting of the University of Glasgow and will be streamed online by the BBC to audiences across the UK. A powerful demonstration of the city’s creativity, Dream On! illustrates the abiding influence of Shakespeare - his work is as inspirational and relevant today as it was four hundred years ago.

Details of the production and how the different groups of students and musicians have collaborated were revealed today along with the project identity.

The audience will be treated to a promenade production in which music and performance combine with digital installation to create a dream-like world for a contemporary take on A Midsummer Night’s Dream.

RCS student composers Alex Mackay, Robert Allan, Rory Comerford and Juta Pranulyte have each written a new work to be performed by members of the BBC SSO, comprising performers, dancers, film makers and some for interpretation into British sign language. Collaborating with dramaturgs from the University of Glasgow, designers from GSA and performers and production students from RCS, they have created four performance pieces to be unveiled at the event later this month.

Design students at The Glasgow School Art have designed and styled garments and wearables for the performers in the event, as well as producing digital and projected elements that will contribute to its contemporary edge.

In close collaboration with dramaturgy students at the University of Glasgow, the GSA design students have also created the brand identity for Dream On!, producing a range of marketing and programme materials from film and print to social media.

All the work will culminate in an event staged in the University of Glasgow’s Bute Hall, directed and curated by Graham McLaren, currently Associate Director of The National Theatre of Scotland.

Royal Conservatoire alumnus and leading Shakespearian actor, David Tennant, has pre-recorded a piece of Shakespearian text that has been incorporated into one of the compositions.

An associated exhibition of objects and images that have been produced by the wider community of design students at The Glasgow School of Art, as an interpretative response to some of the core themes within A Midsummer Night’s Dream, has been co-curated by a student-led team from the GSA and the University of Glasgow.

Details on how to get a ticket for Dream On! will be revealed in early April.