Big business is better at thinking green than acting with a social conscience, according to a Scottish research project.

A three-year study led by Dr Kelly Kollman of the University of Glasgow and Professor Patrick Bernhagen , of the universities of Aberdeen and Stuttgart, found that large companies in the USA, UK and Germany have made far slower progress in reporting on issues such as lobbying policies, collective bargaining and living wage rates than on their environmental credentials. 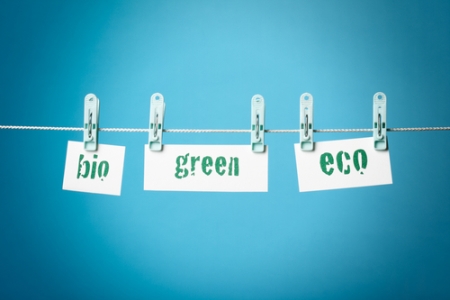 The researchers will present their findings today (Friday, September 25) at an Edinburgh seminar hosted by Scottish Business in the Community.

With funding from the Economic and Social Research Council, Dr Kollman and Professor Bernhagen created a database of 2,000 companies split across the USA, UK, Germany and the rest of the world. From these, they selected 150 companies and, analysed their Corporate Social Responsibility (CSR) / sustainability reports at three points in time - 1995-99; 2005-06; and 2013.

Dr Kollman, senior lecturer at the School of Social and Political Sciences, said: “CSR is difficult to define and politically contested in that stakeholders do not agree on what should be included or the extent to which corporate action should be voluntary or incorporated into legal mandates.”

She added: “Despite controversies, many stakeholder groups have settled on a core set of procedural best practices that can be applied across different issue areas. These are contained in many of the codes promoted by the UN and multi-stakeholder schemes, such as the UN Global Compact, the Global Reporting Initiative, the Carbon Disclosure Project and the Forest Stewardship Council.”

“By and large we find that the top-performing firms are implementing these best practices, but overall implementation is spotty and varies across countries, but also crucially across issue areas,” said Dr Kollman.

It was clear, she said, that companies applied these best practices to the environment area more consistently than in the social areas of labour and human rights. They engaged earlier with the environmental agenda and disclosed more and higher quality information.

“The environmental reporting, and we assume management practices, are also much more consistent across our three countries than in the social area,” added Dr Kollman.

Nevertheless, there were signs emerging of improvement, she said.

“In the latest set of reports that we analysed, which is 2013, issues like living wage are beginning to show up, as are non-employee human rights and even long-standing issues such as collective bargaining are being reported on more broadly. We attribute this to a number of factors, such as the publication of the UN Guiding Principles on Business and Human Rights in 2011; and the fallout from the financial crisis and greater attention on inequality etc.

“But except for the very best reporters, firms are not willing to publish specific and measurable goals for future improvement in the social areas. This stands in stark contrast to the environmental area where, for issues such as climate change, more than 70% of large TNCs (transnational corporations) have specific goals for future improvements. For things like collective bargaining, it is below 10% and living wage as a future goal hardly registers in these reports at all,” said Dr Kollman.

“If you scratch below that surface a bit I think you find that many firms find there is more to be gained from engaging with the environment,” she added.

“Some of this exists in the labour and human rights areas but in general I think the perception is that the social area is about avoiding negative reputational risk and not finding positive commercial opportunities.”

Among the emerging trends are moves to introduce due diligence checks of supply chain, especially for companies’ human rights impacts; responsible lobbying, with the Scottish Parliament likely to adopt a lobby register before the 2016 election; and firms, such as Lidl, introducing the “living wage”.

Jane Wood, Chief Executive of Scottish Business in the Community, said: “The research carried out by the Universities of Glasgow, Aberdeen and Stuttgart, gives form to the concept of CSR and what firms do when they engage it its activities.

“As the leading voice on sustainable business in Scotland, Scottish Business in the Community is determined to unlock the education, employment, environmental and enterprise potential of workplaces and communities by supporting such research and today’s seminar. There must be an increased understanding that how businesses integrate social and economic concerns into their operations through their customers, employees, suppliers and local communities is fundamental to Scotland’s sustainable social and economic growth."