A leading University of Glasgow academic has given evidence at a Scottish Parliament inquiry, answering their questions on his report on palliative care in Scotland. 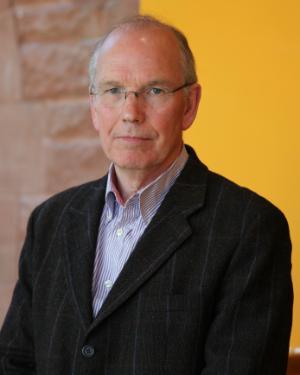 Professor David Clark, Wellcome Trust Investigator and founder of the Glasgow End of Life Studies Group, was asked by the parliament's Health and Sport Committee to write the report. He is also currently working with the Scottish Government on their upcoming Strategic Framework for Action on Palliative Care, which is expected by the end of 2015.

Professor Clark said: "My report builds on studies I have conducted in recent years, particularly within the context of the Glasgow End of Life Studies Group. It highlights some deficits in the information we have about the provision of palliative care in Scotland, and its impact on quality and availability of palliative care. In the report I give recommendations on a few things to be done, building on past achievements. It is time to take stock."

He said that it is time for palliative care in Scotland to move from the ‘advocacy’ stage to the ‘policy’ stage, and that it was an an opportunity promote further discussion on Palliative Care within Scottish society, in schools with the curriculum for excellence, at universities, with trade unions and faith groups as well as involving community organisations.

“This is an all-systems issue. It’s an issue for the whole of society."

Convener of the Committee Duncan McNeil MSP said: “The Committee has already heard during the course of its work into the assisted suicide bill that anecdotally there are serious deficits in the quality of palliative care being provided for in Scotland.

Using projections based on English data, the report also states that approximately 10,600 people in Scotland may not be receiving the palliative care they need.

Only 20 countries in the world have achieved a significant degree of palliative care development as demonstrated by levels of service provision, education, drug availability, research, financing and policy recognition. Palliative medicine is recognised as a specialist field of activity in only 26 countries worldwide, the first of which was the United Kingdom in 1987.

Based at the School of Interdisciplinary Studies on the University's Dumfries Campus, Professor Clark leads a major Wellcome Trust-funded project Global Interventions at the End of Life, examining solutions for end of life issues and the ways in which these are transferred and translated around the world.

You can read the full text of Professor Clark's report, watch video of his evidence, and find links to media coverage of the story on the End of Life Studies blog here: endoflifestudies.academicblogs.co.uk/scottish-parliament-press-release-about-palliative-care-inquiry/