The Scots accent is changing but unlike England where evidence shows many regional accents are becoming more homogenised the Scots accent appears to be sticking to its roots. 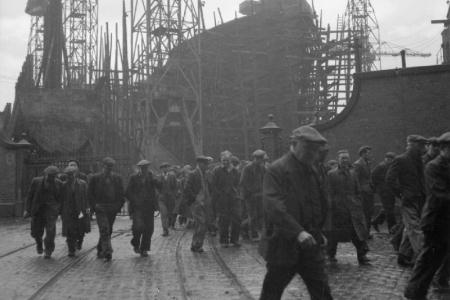 Researchers at the University of Glasgow have studied audio recordings from across the decades, including a few rare short recordings from Scots soldiers from WW1, and have discovered that although the Scottish accent is evolving it is sticking very much to its Scottish origins.

The three year Sounds of the City study, funded by the Leverhulme Trust, built a state of the art electronic spoken corpus, and focussed on speech sounds of Glaswegians from each decade, past to present spanning the 20th Century.

Professor Jane Stuart-Smith, Director of the Glasgow University Laboratory of Phonetics, led the Sounds of the City research.

She said: “We were quite surprised by what we found. The assumption is that traditional dialects generally across the UK are being eroded and some are dying out altogether, but what we have learned particularly with the Glasgow accent is that Scots accents are actually flourishing.

“Interestingly, what is not happening in Scotland is the dilution of accents to a more homogenised anglicised accent on the scale that we are seeing in England, and in fact the Scots accent remains very distinctive.”

The research shows that what makes the Scots accent distinctive is it is like a mosaic, made up of lots of different features including two kinds of changes.

One set are common accent changes, which have spread right across the UK, for example the use of ‘f’ for ‘th’ in words like think, a stigmatised consonant change rapidly spreading through British urban accents. These are now also found across Scotland too. Previous research from Glasgow has shown that they spread partly by dialect contact and partly by engaging with popular TV shows set in London. The dropping of the letter ‘l’ as in people to peopo is another example.

The researchers anticipated these sounds either to be stable over time, or perhaps to be changing in the same way as in Anglo-English accents. The evidence shows that these features and others are all changing, the changes are local to Scotland and not affected by Anglo-English changes, and that they have been happening for 100 years or more.

The trigger for some of these changes appears to be the period around the First World War. The study focussed on 6 audio recordings, made in 1916 and held by the British Library, of Scots soldiers from German Prisoner of War camps. From those recordings researchers found evidence to show that even a century ago and perhaps even earlier Scottish accents were already changing.

The Sounds of the City study has created an online resource focussing on language change, with audio recordings, activities and quizzes. The team hopes that it will be a useful resource for students in Modern Studies and language and phonetic research projects, as well as a valuable educational tool for schools teaching and researching the Scots language in classrooms.