The University of Glasgow is celebrating the 250th anniversary of James Watt’s world-changing invention with a series of events at the Glasgow Science Festival. 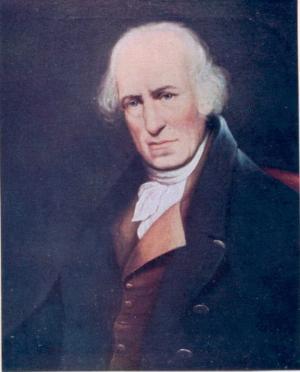 In May 1765, James Watt was working as a scientific instrument-maker at the University when, on a walk through Glasgow Green, he was struck with the inspiration for the separate steam condenser.

His idea greatly improved the efficiency of steam engines , helping to kickstart the industrial revolution and change the course of history.

Professor McInnes said: "Watt’s quite brilliant insight was to improve the efficiency of steam power three-fold, arguably pushing Britain 60 years into the future. Through Watt and his contemporaries at the University of Glasgow, such as Adam Smith and Joseph Black, Scotland became a power-house not just of industry but of ideas.

“Today, as we look to the future, we need to rediscover that enlightenment-era optimism and ensure that we are inspired by Watt’s lasting impact on both scientific and societal progress. We should remember that Watt’s initial is stamped on every light bulb not just to measure the power delivered, but reminding us of the intellectual light and sheer human progress he brought to the world."

Professor McInnes’ lecture, titled ‘Reclaiming the Human Future: Energy, Engineering and Ideas of Progress’, will be held at the University’s Sir Charles Wilson Building on Thursday 4th June between 6pm and 7pm. Professor McInnes will explore how we can stretch our ideas in Engineering Science, learning from our common past and looking to the deep future across topics as diverse as energy, climate and space. Tickets are free and can be booked online at http://ow.ly/NtMCI

The ‘Celebrating James Watt: The Invention that Changed the World’ conference will take place on Friday 5th June at the University Library between 10am and 4pm. Alongside Professor McInnes will be speakers from the Science Museum London, Birmingham Library, Dundee Heritage Trust, the Friends of Kinneil and the Scottish Maritime Museum. Tickets are priced at £11.25/£5.95 and can be booked at http://ow.ly/NtNs5

The conference is organised by Lesley Richmond, deputy director of the University of Glasgow library and archives. Lesley said: “Watt worked at the University during a hugely significant period and the importance of his contribution to the world cannot be overstated.

“In 2019, we’ll be commemorating the 200th anniversary of Watt’s death and we hope to have digital versions of his work available for people around the world to study and enjoy.”