A 24-hour advocacy support service for victims and survivors of rape, which was piloted in Glasgow, was highly valued by those who used it, according to an independent evaluation by University of Glasgow researchers.

The service – called Support to Report (S2R) – is the first of its kind in Scotland and was launched by Police Scotland and Rape Crisis Scotland with Scottish Government funding in December, 2013. Its aim was to provide a new model of 24-hour advocacy support to assist male and female victims/survivors at the initial stage of reporting rape to the police. 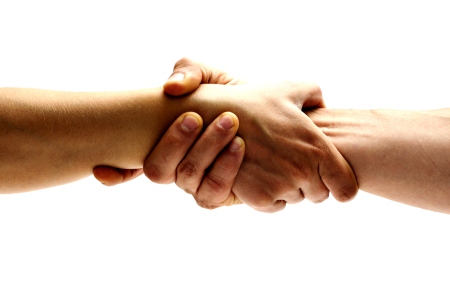 It was piloted in the Greater Glasgow (G Division) area and had three main objectives:

An evaluation by Dr Oona Brooks and Professor Michele Burman, both of the Scottish Centre for Crime and Justice Research (SCCJR) at the University of Glasgow, found that the provision of advocacy support, particularly in liaising with the police, was highly valued.

“The period following an initial report was described by victims/survivors as being characterised by stress, doubt and uncertainty about what may or may not be happening with their case. Advocacy support at this stage provided reassurance about the process and a sense of having someone ‘by their side’ who ‘knows what to do’,” said Dr Brooks.

“This was particularly valued given that most victims/survivors had little or no prior experience of the criminal justice system This in turn influenced victims’/survivors’ ability to continue with the criminal justice process,” she added.
The SCCJR report identified a number of key benefits of the service:

• The provision of support and advice about how to cope with the criminal justice process, rather than just information about the process;
• Reassurance provided by someone who understands the process;
• Assistance in understanding their own reactions to the process (and the incident itself);
• Building confidence in their ability to cope;
• Having someone to talk to when it was difficult or impossible to tell family or friends;
• Having someone to liaise with the police and procurator fiscal following the police report;
• The provision of a comfortable environment for giving a statement to the police i.e. Glasgow Rape Crisis Centre premises.

Justice Secretary Michael Matheson said: "Rape is a truly horrendous crime which has a profound and long-lasting impact on victims. That's why the Scottish Government is committed to tackling this head-on with agencies including Police Scotland and this scheme, backed by £170,000 of Scottish Government funding, is a hugely important addition to our toolkit.

“Not only does Support to Report provide victims with skilled support at the time of reporting, it also helps them stay updated and involved with the criminal justice process, which we know some victims can find intimidating. Today's report, which shows the huge value of the scheme, is really encouraging."

Detective Superintendent Louise Raphael, of Police Scotland’s Rape Taskforce, said: “We recognise that, for many rape victims, reporting to the police can be a daunting prospect. The Support to Report project has proven to be invaluable to those who have used the service and has provided them with reassurance and support at a crucial time.

“If we are to continue to encourage victims to come forward, and provide them with the confidence to report, it is vital that we do all that we can to support them through the criminal justice process.”

Practitioners who delivered the advocacy service reported that they were able to offer reassurance to victims/survivors relating to their anxieties about being unable to remember aspects of the incident; help them understand why the police might need to ask particular questions; respond to concerns about whether they would be believed by the police; and offer understanding of the emotional reactions associated with the process of reporting rape.

Katy Mathieson, Rape Crisis Scotland’s Helpline Manager, said: “Reporting crimes of sexual violence can be a daunting process. Having access to an independent advocate during the reporting stage and beyond, offers survivors of sexual violence reassurance that their emotional and practical support needs will be met. Assisting survivors to cope with the criminal justice process is an important factor in enhancing their access to justice.”

The SCCJR evaluation found that although there was broad consensus about the value of S2R, there were nevertheless divergent views concerning the level and timing of advocacy support.

“Variation in the level and timing of advocacy support required reflects the diverse circumstances and experiences of those accessing the service. This suggests that a victim/survivor-led approach is most beneficial in meeting the needs of those report rape,” said Dr Brooks.